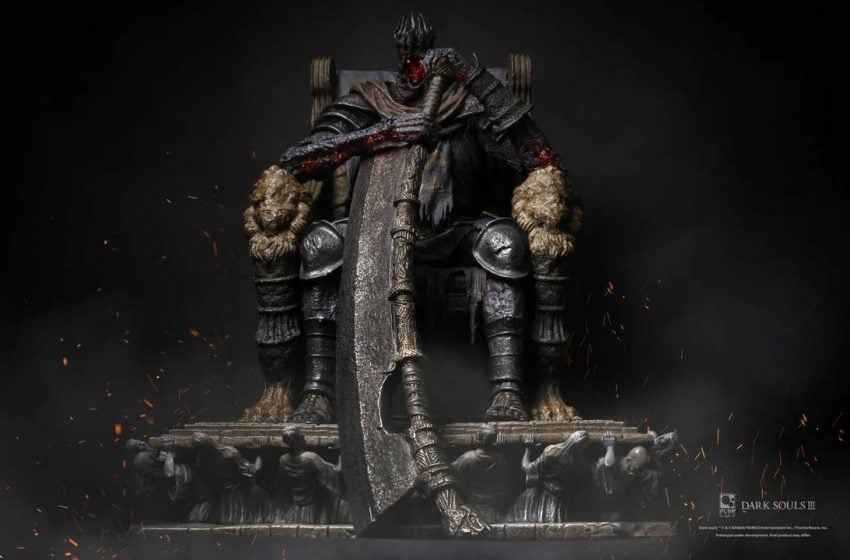 Greirat is an NPC in Dark Souls 3 and you can find him in the Undead Settlement Area. He will be locked in a cell below the Tower on the Wall bonfire and in order to unlock the Side quest and Merchant services you must free him. The key needed in a room with exploding barrels and several large hollows and dogs, clear the room from up high, then head down to the lowest level. The cell key is found on a corpse in the corner at the base of a small stairwell.

Accept his quest and unlock his Merchant Services at the Firelink Shrine. He will ask you to get Loretta’s Bone which can be found on a corpse hanging from a balcony overlooking a congregation in front of a huge bonfire(Undead Settlement). He will ask for permission to scavenge for more items. He will return following the next boss kill and returns as early as after Curse-Rotted Greatwood.

To trigger his second scavenging quest you need to cross the bridge to the Boreal Valley, but this needs him to be Alive. Talk to him and he will offer you the Curl up Gesture. During your exploration make sure you meet him in the kitchen in Irythyl which is right next to the Sewers. Don’t explore Irithyll Dungeons or the Profaned Capital before killing one boss as this will cause Greirat to die.

You must continue with Siegward’s questline as he is the one who can who can save Greirat, but he’ll need his armor for that. Once he is back safely after the Next Boss fight, he will offer you to pillage if you’ve defeated the Dancer of Boreal Valley. Do not let him go out for another hunt as his won’t make it back safe.

Killing Greirat for his Ashes will only unlock the wares that he was selling before you kill him. Killing Greirat while both Patches and Greirat are in Firelink Shrine will make Patches hostile toward you. This was all about Greirat NPC Quest if you want to know more other NPC quest, walkthrough, and collectibles location then make sure you visit our Dark Souls 3 Wiki Guide.