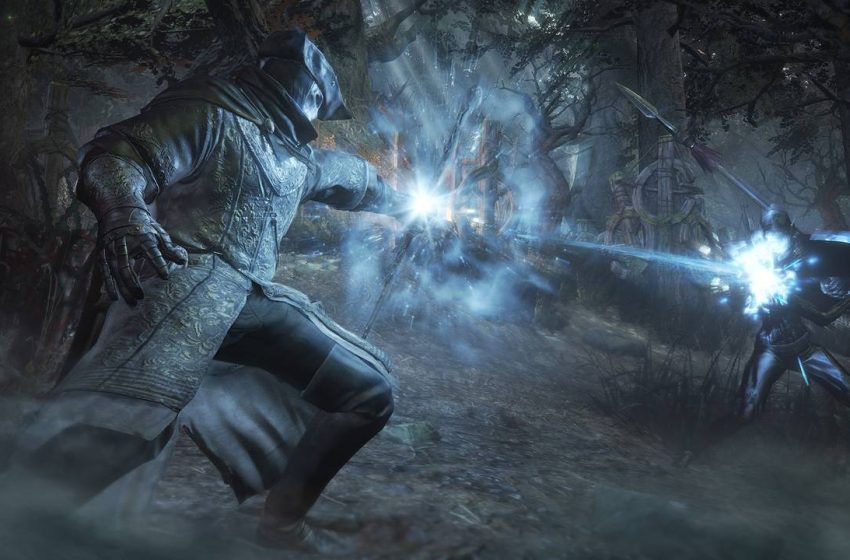 Once you defeat the Deacons of the Deep in Cathedral of the Deep, you will Lit the Bonfire and then Head Right towards the new Journey Farron Keep. To explore the Farron Keep you must head back to the Crystal Sage Area where you entered the Fortress from the Swamp. You must head to the Other side of the Fortress to Find Farron Keep’s Bonfire. So let’s start with the walkthrough.

From the Bonfire get ready to roll with this new area and it’s mechanics as the Swamp is Poisoned. You must get to the Land in order to avoid being Poisoned. The new area so new types of enemies. You must Extinguish three flames in order to open Wolf’s Blood. So Start killing the slugs and don’t forget to step on Land before you fill the poison bar.

We suggest you to take the Left path first where you need to Extinguish the Flames as the Right Path will take you to the Wolf Door. To stay away from the poison simply follow the flames until you reach the Top of the first tower and you will have two of the new enemies there so try using the ranged attack to avoid their combo. Now head inside and Extinguish the First flame.

Now before we head towards the second flame we recommend to move right and climb the Tower to lit the Bonfire and save your progress. Once you lit the Bonfire head towards the Old Wolf and pray to him and ask him to join the Covenant. Use the Higher view to locate the next two location of the Flames and understand the Map. If you take the Elevator up you will find a Huge Enemy to fight with. We will be dealing with him later as we focus on the flames currently. So head to the nearest flames which are at the right.

As you reach the Second Tower you will have the Keep Ruins Bonfire on your Way so Lit it and head to the tower. Kill all three Enemies and then exit from the other side. Beware of these enemies once you kill them do not use the Bonfire to retrieve your health as they will make them respawn as well.

Head towards the third tower quickly and make sure you don’t make the Skeleton Enemies angry as he is one tough cookie. Kill him first and then Extinguish the last flame which will make the Wolf Door Open. Now if you want to upgrade head towards the nearest Bonfire, travel to Firelink Shrine and upgrade. Once you are done you are ready to get inside the Wolf Door.

Remember we decided to take the Huge Enemy above the Old Wolf Bonfire. So head straight towards him and test your Skills. This Beast Demon will spit rocks on you so it’s better to take cover while he fills in Air. The only way to kill him is to stay beneath him and hit him as fast as you can, but as he jumps roll sideways. once you defeat him you will be getting Souls of the Stray Demon. Now let’s move towards the Big Wolf Gate.

As we mentioned above you will find the Wold Door on the Right Path from the Starting Bonfire. You can head forward, even if you are poisoned it will drain your health at a low speed, so it’s ok to be poisoned for a bit rather than taking multiple hits along with it. Soon a Dark Spirit – Yellowfinger Heysel will invade and start attacking you. Grab all the Loots around including Wolf’s Blood Swordgrass. Now head towards the Door.

First, take a left and kill one of the Monkey with wings we faced in Road to Sacrifice chapter. Take him down then the rest waiting for you below. After defeating them move up and then take right inside the building to Lit the Bonfire – Farron Keep Perimeter. If you go ahead then you will be finding a Crystal Lizard and teh shortcut door to Road to Sacrifice and behind is where the current Boss is waiting for us.

This Boss Fight is quite an easy one you need to avoid close range attacks for the start as he is expecting a Badass Sword fight, but let’s let’s just disappoint him with the Fire orbs or any other spells you like. From the Start, he will be fighting with other Abyss Watchers, but once you drain his health down to zero he will Lit his Sword and get into some serious action.

This Time, he will be fighting you alone so now it’s easy to take him down and play close range attack, but make sure you don’t get so close to his attack tail. Few of his new abilities will also show some fire after attacks so just are careful. Once you take him down you will get Cinder of a Lord and the Soul of the Blood of the Wolf. Head back and lit the Bonfire and the new Path will Open. Thus completing the Walkthrough and Do check our Dark Souls Wiki Page to know more about the game.