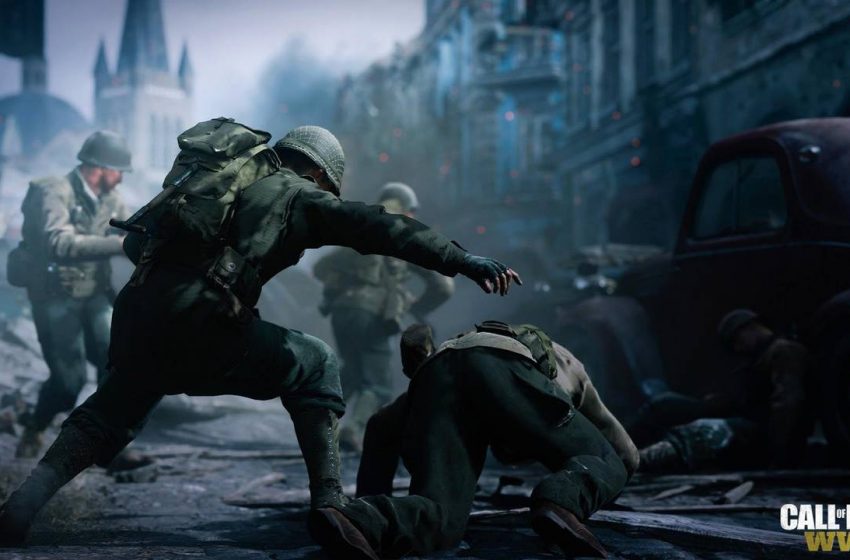 In Mission 6: Collateral Damage of Call of Duty WWII, Daniels and his troops try to secure a hotel to further their advancement in the city. They also tried to save a few civilians, which didn’t seem right to the superiors. In this Seventh Mission, Daniels and his troops are heading towards a forward, clearing up the path to reach the Hill in order to have full control over the valley.

After the briefing, pick up the food from left and takes it to the soldier. Head to Turner and follow him. Once you reach a point collect some M1A1 Mine, you have to set up defenses. Take the mine and head to the next marker and place the mines in the path. return back to the bridge and collect three more mines and place them around the area, just ahead of the bridge, try spreading as much of them as possible, before the enemy troops appear. You can begin spreading the mines a bit further from the area and then coming back and spread more of them on the sides. Mouth the machine gun at the end of the bridge and fire the enemy troops ahead.

The mines will help you to set up a powerful defense in blocking the full fleeting coming towards you, you get a break before the second phase, and you can throw up a few more mines. If enemies are too near, retreat back and defend the Bridge. Use grenades whenever possible. Stay at the start of the bridge and slowly keep moving forward. This will be a tough fight, because of too many enemies coming up. One of the solder at the start of the bridge will drop a Bazooka, you can take that and use on the enemies who are entering into the bridge. you can move slowly from the sides. But try to find a rocket launcher to take down the tank. Once the tank is down the enemies will retreat.

Go and rally on Turner, you will be following Turner’s Squad to reach the base of the hill. Once you spot the mortar team, stay low and in cover. Walk from the left end side and you will spot a sniper, kill him to get the sniper rifle. Shoot the red mortar boxes to kill multiple enemies. After getting a spot the soldiers will attack, stay in cover and take down the remaining soldiers in the area. Try switching your weapon to Waffe 28 and kill the soldiers in the area. Go to the next marker to take the Mortar team, stay behind and move slow. After the flash, there will be heavy bombing in the area, keep moving following your troops.

As you reach the hill, after getting bombed, move ahead towards the assembly point. Go slow there will be dogs ahead, and move by taking cover behind the rocks, there are Krauts who are looking for you. There is no need to kill them, you just have to escape the area. Ahead you will see the soldiers are burning down some soldiers, move quietly and you will find Turner. Follow him.

There will be an enemy bunker on the right end, inside you can find some supplies. Get them and then follow Turner. As you reach near there will be a sniper far ahead. You will see a glowing light on the right top side. You have to kill the sniper before moving ahead. Try collecting the medkits in your path and keep moving from the right end side. you will reach to a metal door, open that and there will be soldiers in it. There will be a second door that will lead you to the sniper. Go outside once again to follow Turner to reach the Assembly point. You will reach a Mill ahead.

Use the Sniper rifle on your right side to kill the snipers in the forest. Spot them from the direction of their firing, next you will have to fight with a bunch of troops. Sniper will be a decent choice here, you can spot and kill multiple enemies by staying in cover. You will require playing at this position for a while. Once done, talk to Turner.

This is where the Mission Death Factory ends, now Daniels and his troops will have to wait for Pierson for the next mission. You can read our walkthrough on the Eight Mission Hill 493, or you can go through our Call of Duty: WWII Wiki guide for more tips and updates on the game.