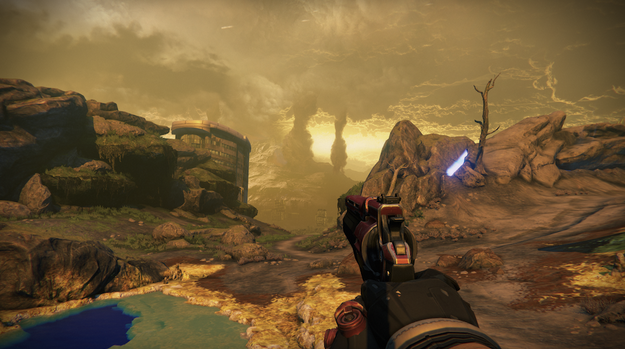 One of the interesting secret in Destiny: The Taken King is “Scent Is The Key” Chest. YouTube user “Raptorr – Daily Destiny Videos” has discovered a way on how to open Dreadnaught Scent Is The Key Chest and it’s location. The video below shows the location you have to run to get the chest.

There is basically an area in the Maesoleum where you stand and you gather a scent. After gathering it for 30 seconds, you get a buff that makes a chest appear. It is pretty far away so you need to sprint to it in under 1 minute in order to get it.

Destiny: The Taken King is the third expansion for the first-person shooter game Destiny, and by far the largest addition to the Destiny universe yet. The Taken King introduces a new story campaign and quests, new enemies to fight, new locations to explore, new Strikes and Crucible maps, a new Raid that will put players to the ultimate test, and more. To stand up to the challenge, players will have access to three new devastating Guardian subclasses, and a massive arsenal of weapons, armor, and gear.