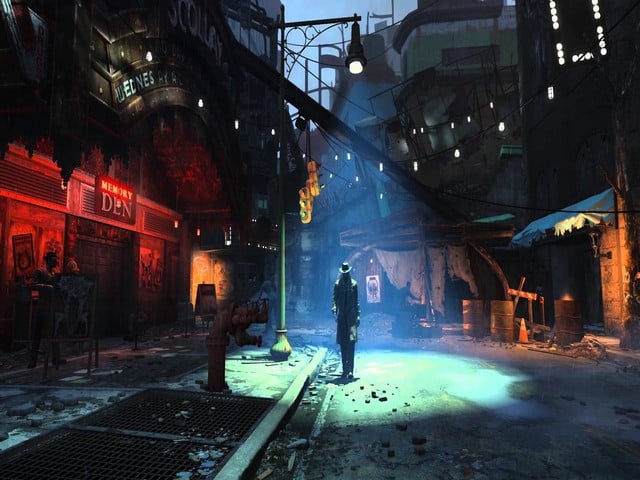 Fallout 4 Contraption DLC features various buildings and manufacturing options so that the players can explore and build something different in their settlement. There are Logic Gates, machines, conveyer belts, scaffolding kits, complex gadgets, Junk Mortar. We have seen a lot of players getting stuck with the working of the Logic Gates and thus decided to make a dedicated guide on it for better understanding.

How does the Logic Gates Works

Logic Gates in Fallout 4 Contraction are used to power up the connected machinery via simple logic. There are 7 types of Logic Gates introduced in the Contraption DLC – AND, NAND, NOR, NOT, OR, XNOR, and XOR. Every Gate has it’s logic to trigger the power flow, and this logic is nothing but various wiring combinations. Before we get started into the wiring combinations, let’s focus on the basics of how the Logic gates work and then look at the requirements of each Gates.

The Logic Gates requires a constant power from the generator and if the generator shuts down then the rest of circuit will stop working. The Red Knob on the Board is the Input terminal and the Black Knob is the Output terminal and both them are surrounded by a green light which only lits up when the Value is True (1). There is also another yellow bulb on the top left which indicated the flowing power through it regardless of the Value.

In order to test all the Logic Gates, we recommend you to install a generator(3 Power), a Pylon Board and lastly two Power Pylon which has the On/Off Switch. Now Try to build all the Gates Together and test it one by one. You need to Wire the Input terminal with both the Power Pylon and the output with a lightbox to test weather the Logic works or not.

The AND Gate will only transmit power when the Input terminal has the Power from both the Power Pylon. This means the Input(Red Knob) and Output(Black Knob) should lit and to do so you must turn on both the Power Pylon switches which make both the terminal(Knobs) lit with green and power is transmitted.

The NAND Gate will not transmit power unless and until the Input terminals have the Power from both the Power Pylon. This means only one of the Pylon Switch should be active and other should be off. Turn off one of the Switch so that the Input(Red Knob) has only single power and the Output(Black Knob) should lit.

The XNOR Gate will not transmit power unless both the Inputs have got the Power from the Power Pylon. Confused right? Here you need to make a combination where the Input terminal gets the power from another source/gate. This can be possible with the NAND gate as they require one of the switches off. So try wiring the output of the NAND gate to the Input of the XNOR gate and the lightbox should lit.

This Gate works like an inverter as they require no power in the inputs terminal. This may be one of the most confusing one, but try to wire one with the Power Switch and other to the Knob which sends no Power(try any Output Knob). This qualifies the logic and thus it will lit up the Lightbox.

This Gate works only if any of Input terminal has Power. Simply turn on any connected power source and this will lit up the lightbox.

This Gate works if exactly one Input terminal has the power. This is very simple as all you need to do is turn on a Single Switch(any) and it will lit up the lightbox.

This was all about the Logic Gates and if you still have doubts then have a look at the detailed explained video show below.