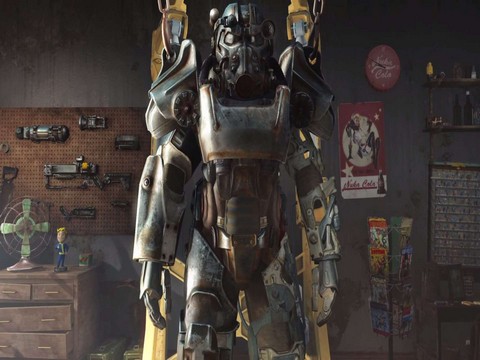 Fallout 4 includes a chance of creating your own settlement, which has to be worked on in the every little detail, such as electricity. This theme is the object of many discussions and topics on the Internet, so it’s better for everyone to make a little and fast guide with all the most questioned things about it.

If you have something that requires power but has no number beside it, you only have to put a pylon and a conduit near it. With one number beside it, it means it requires a wire to be connected to it from a power source (place a generator and connect a wire pressing the space bar while in the workshop menu). Since Pylons and Conduits give a sphere of power it is highly recommended to place Conduits on your house every three wall lengths (3.4 at most) Conduits’ power sphere (about 3.4 wall lengths) gives power to another conduit as long as the conduit is wired.

Traps need a wired connection but they won’t subtract anything from your total power supply. Place as many as you want but don’t forget you have to repair them each time they are activated, while laser tripwires have to be manually reactivated before repairing your traps. Pressure plates don’t have to be reactivated (the best are Tesla Arc, Radiation Emitter, Flamethrower Trap). To activate a trap you are going to need a laser tripwire, a pressure plate or a switch.

Trap activation only works when power is supplied to the trap (connecting a wire from a pylon directly to a trap will shut the trap down), the trap is repaired and the circuit is not broken by an unrepaired trap.

Switches are only useful with a Terminal (Power > Misc > Terminal). A Terminal can access any switch in your power grid (which must be linked to the terminal). The Delayed Off Switch and Delayed On Switch don’t seem to be playing by the same rules.

Power Counter will transmit power after the determined time has passed. Time programmed at the Terminal (a number between 1 and 9). You can set these up back to back and setup some lengthy timers.

check out our full Fallout 4 Wiki Page for more guides.