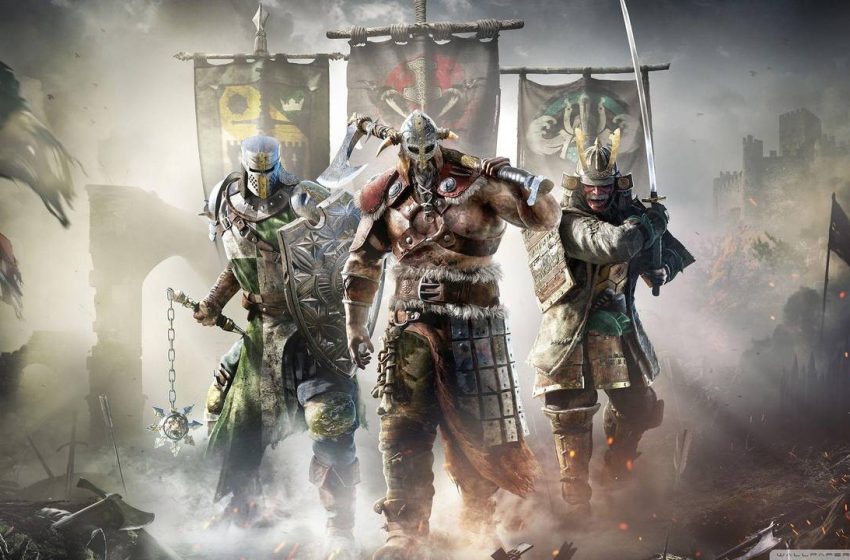 The first chapter is followed by a prologue mission that teaches you how to control the weapons, block and battle. You can play tiny mission to learn the fighting controls to move ahead. The first sessions are the practice mode, decent enough to give you knowledge about the characters way of attacks and defense. Later there is a Story Mode that starts with a short introduction of Blackstone Legion.

Mission 1.1 Warlords and Cowards: The chapter begins with a short intro of The Warden. You can select a character, look at the intro and then move ahead with the game.

Move towards the marked locations to reach the first objective of this mission. again it is similar to the prolog mission where you learn how to use controls. After the first few missions where you will learn the controls and will reach the first check point. The next objective is to tackle 3 waves of enemies to Defend the East Wall.

Hold the Castle from the invaders:

The next objective is to attack the invaders below. Blocking attacks plays a vital role in keeping your health high. Invaders will keep on entering from the left broken wall that will finally lead to breach of the main door. The next fight is to defeat Holden Cross’ Champion.

Tips to defeat the champion:

Mission 1.2 And Stay Out: In the last mission the Warden joins Blackstone Legion and moves for the next mission. The objective of this mission to help Iron Legion against Vikings attack in Harrowgate Sanctuary.

Enter the door and help the solders to push front into the area. The aim is to push the Vikings back at the gate. A few heavy attacks are enough for multiple soldiers, but for the powerful one you need to lock them first. Reach the flag and capture 3 zones in the citadel. On the next location you can use the weapon to attack enemies on other side.

Push back enemies out of citadel:

The next final mission is to push the enemy out of the citadel while reaching to the next marked map. when you are attacking to a hoard, try to move with your soldiers instead of bumping between them. you can get attacks from multiple sides that can cause health loss. At the end you will be challenged by the Viking leader who holds a spear and shield.

Mission 1.3 The Blackstone Legion: The mission starts with a cinematic that shows scatter Vikings had occupied a post, the next objective is to take them down and you will be assisted by Stone of Iron Legion.

Move ahead and you will encounter a few bunch of Vikings in the path. Let Stone attack first, and then lock one to fight. Remember to use a Execution to heal yourself.

Keep moving ahead and you will learn a new way to guard break the enemy and external block. The objective of the mission is to kill the commander that you will find inside the facility. Once done head towards the next objective to take down the rogue knights who are outside the door. Fight with the Iron Legion soldiers for the next cut scene that introduces Apollyon.

This mission starts with a new character Holden Cross, Commander of Blackstone Vanguard. You can take the lead to allow your troops move towards Valkenheim. The guards will follow you. The character has a good amount of strength. The attacks are bit slow but it is good to take multiple enemies. Avoiding the flame arrows as they cause decent amount of damage.

Avoid reaching red marked circles, they are the zone of attacks. The next aim is to kill crews you are controlling the Catapult. This one is a long walk, you will need to reach two of them, for the first one ahead take the narrow path on the left side. There are around 4 soldiers who are using the weapon, kill them and head towards the second one. The last thing is to regroup with the team and then reach the courtyard by taking a short bridge.

You can push the enemies aside to throw them off the bridge. Once you enter the next mission is to lower the draw bridge. There are ample of soldiers inside. look for the bridge controls and use them, the solders won’t allow you , fight them off first and wait for the cut scene then mission is over.

You play as another character, and the mission is to Reach the elevator outpost by killing the enemies in the path. For multiple solders walk a bit back and then attack. If you are in between them, you can face lethal blows. Finally you will reach the outpost. A few solders uses dual weapons like axe, their attack is instant after a dodge. So try to stay by dodging and block to refill your stamina.

The next objective once you are at the outpost is to counterweights sabotaged. Inside you will face stronger enemies, so try to maintain distance from swords men and Vikings. Pull the lever on the left and right. Then head towards the elevator mechanism. Fight with Vikings inside and then wait back for the cinematic.

For this mission, you will need to protect the Ram from enemies who are attacking it. So staying in the vicinity and moving around matters. Mostly the soldiers will come from the front. But do check the sides also. You will need to move with the Ram ahead. There is a huge crowd of soldiers ahead. So keep fighting. The ram can be broken easily, you will need to find the solders on the right and left who are attacking with arrows. Keep circling it to locate enemies. Finally when it reaches the door, guard the soldiers and then use it to break the door.

The next aim is to defeat Gudmundr, a powerful Viking. He is hard to beat. Follow the tips below.

Next head towards the central hall for a final battle with Gudmundr and a cut scene, this is the end of Knights Story. So this was the end of Chapter 1 Knights. You can read For Honor Wiki for more guides and tips or else continues with Chapter 2 Vikings.