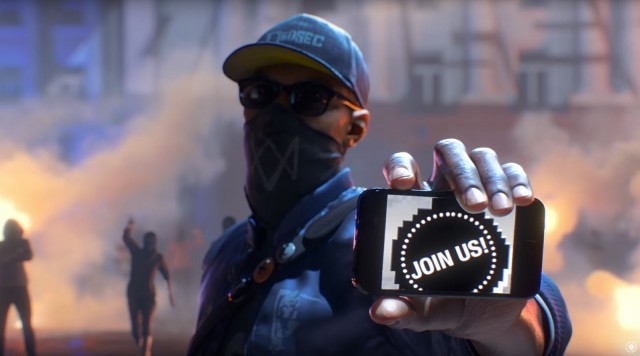 Hack TEH World is a long challenging mission, that takes you inside Blume’s wide data, by hacking into a satellite launched by the company Galilei. DedSec infiltrate the satellite and later use it to infiltrate Blume’s data servers around the globe.

Meet Ray at the Beach:

Next Intel by Ray is crucial. Meet him at the beach for the cut scene. The mission is just to drive away all the beach.

Drop Ray off at the Hackerspace:

Take ray to HQ, a long driving mission. This also carries certain conversation on the way for the next big thing Marcus is going to against Blume.

To access you will need to solve the puzzle. Use the quadcopter and go straight ahead on to the floor. Arrange the puzzle for access. Hack the cTOS box.

Plant an exploit in the satellite:

Slowly take the guards and shutdown bots in the area. The closed circuit terminal is located on the top room. You will need to ditch some motion tracker and use the jumper to get access to the locked room. There is a system there, reach there for next cut scene.

Locate the closed Circuit Terminal on globe towards Dublic Blume Office. Hack the Terminal is the next objective. The only way is use the camera for accessing various parts of offices to reach the terminal. Access key is in the system of women on the phone in a cabin.

Next stop is using the right most satellite to enter Dublin Server Farm. The objective is to compromise Data Farm. Locating access key is the first objective. It is in the server room

The access key is at the left side. Select the server to decrypt. Then access the central server to finish the objective of uploading virus in the servers one by one.

Now the next objective is to disable power grid on Seoul Power plant. Network hack the systems in the room to modify the electrical grid. Target every system in the room.

Finally invade Blume’s data center for the showdown. Use the Remote Control device for reaching the marked point. It is the router that offers access to other systems in the network. There is a huge puzzle.

The puzzle is all over the area. You will need to connect the points accurately for unlocking all the access. So this will be a time consuming process. At the end the internal network wil be unlocked. This will initiate the cut scene.

So this was the end of Chapter 11 Hack TEH World, you can read the Chapter 12 Shanghaied – Or else you can refer to our Watch Dog 2 Wiki Guide for full walkthrough, tips and tricks and many updates on the game.