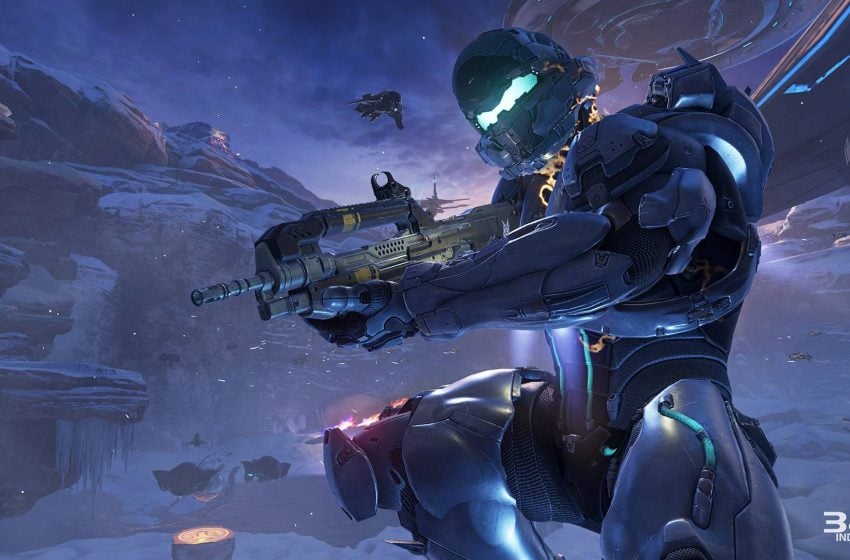 Halo 5: Guardians includes 13 different skulls, the first, “IWHBYD”, is located in the mission one “Osiris”. Skulls are one of the most iconic items you can find in the Halo series, as they allow you to basically change your experience throughout the story campaign: you can get a higher level of difficulty, or just have a funny sound effect for each Grunt headshot you make. Let’s take a look at where you can reach them in Halo 5: Guardians.

IWHBYD is in the Mission 1: Osiris and makes rarest combat dialog more common. You can find it on the ledge to the left on the door that leads you to the Forerunner security station.

You can find it in the Mission 2: Blue Team. Black Eye removes the shield’s automatic regeneration: you will have to kill an enemy with a melee attack in order to have it regenerated. It’s in the side room near the Reactor Controls.

In Mission 3: Glassed you will find Iron, a skull that makes you restart the mission from the very beginning rather than the last checkpoint when you die or get back to the game. You will get it by playing the mission at the Legendary difficulty level and killing the Phaeton with a Scorpion while chasing the cargo ship during the final approach to Meridian Station Gate.

You can find the Blind skull in Mission 5: Unconfirmed, with the effect of removing your weapon and all HUD elements from the screen. So you don’t really know which is your weapon! Look for a passage that connects the outdoor quarry to the indoor mine: the skull is in a crawlspace above the ceiling pipes there.

Thunderstorm is in Mission 6: Evacuation, specifically on the ground during the final sprint to the Pelican. This skull allows you to promote all enemies to the highest level.

In Mission 7: Reunion you will find the Grunt Party skull, which doesn’t really need a presentation. Head shot a grunt for an explosion of colorful confetti – otherwise you will see them explode just like standard grenades. It’s on the lookout ledge not far from the first Covenant encounter, where a little Grunt is singing.

In Mission 7: Reunion you will also find Cloud, which disables the motion sensor and lets you not be tracked by nearby enemies. It’s at the end of the mission, on a Forerunner platform as you exit Phaeton canyon.

Mythic is in Mission 8: Swords of Sanghelios. Climb up the broken pillars when you exit the ruin above the sinkhole and leap across them to reach the skull on the top of one of them. Mythic allows you to double all enemies’ health.

In Mission 10: Enemy Lines you will find Catch inside the Craken, in the green-lit tunnels that lead to the power core. It lets enemies carry and throw more grenades.

In Mission 12: Battle of Sunaion, you will find Cowbell, which is a skull capable of increasing the explosion of all explosive weapons to 3x – this is actually one of the most lethal skull in the game. When the Warden appears, go to the end of the road and stay on the edge of the street: there you will find a metal beam leading you down, where you’ll see the skull.

Tilt is atop a rock formation near the spot where the Warden first appears. You’ll find it in Mission 13: Genesis, increasing enemy resistance and improving their weaknesses.

In Mission 14: The Breaking, specifically underneath the platform where the Warden spawns for the first time, you will find Famine, a skull reducing ammo in dropped weapons.

Mission 15: Guardians allows you to get the Tough Luck skull, which makes enemies able to leap out of the range of grenades and heavy fire. It’s on a high ledge above Gammar Core, where you’ll also see a downed Pelican.