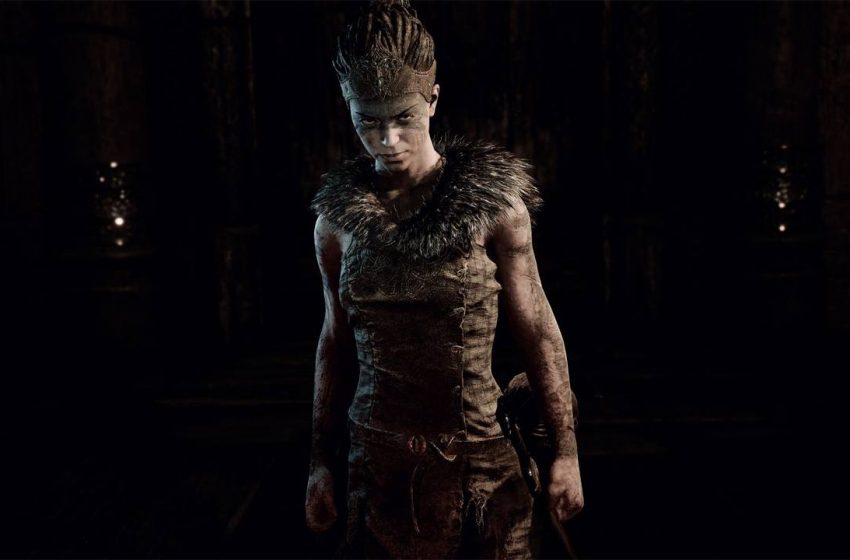 Hellblade: Senua’s Sacrifice uses audio to a spectacular effect to tell the backstory of Senua and how she’s found herself in her current situation. A total of 44 Lorestones are placed throughout the game and each expands on the story and especially the Viking lore that the game relates so closely to. If you’re looking to get the Stories From the North achievement, then follow our guide to unlock them all.

Senua’s path leads her straight to the first Lorestone.

You’ll find this Lorestone near the base of a waterfall as Senua is making her way up the cliffs.

After the solving the puzzle of the first Rune Gate, you’ll find this Lorestone at the top of the cliffs on the far side of a wooden beam.

Just to the right of the Valravn and Surtr doors is the fourth Lorestone.

This Lorestone is located just up the hill after behind the door leading the Illusion Trial.

This one is tricky. In the area with multiple Illusion Gates, you will have to retrace your steps and after unlocking the doors so that you can repair the section of wall again and then traverse along the top of it.

You’ll basically run right into this Lorestone after the second enemy encounter.

Once you make your way just past the previous Lorestone, you’ll find the next one tucked around the right-side in a corner.

While passing through several Illusion Gates, you will eventually remove a piece of stone wall. Once you enter, look to the right and crawl underneath to find this Lorestone.

After entering Surtr’s Realm, you’ll find the first Lorestone off the right side of the path inside a cave.

After a fire encounter, turn left down the path by a bridge until you can turn again to find the Lorestone.

You will find this Lorestone in the burnt-down forest soon after you walk under the bridge.

After another fire encounter, you’ll come across two houses. The Lorestone is in the right-most house.

Just beside Rune Gate that requires three rune symbols to be found, this Lorestone is behind the right house on the balcony area.

The first Lorestone in this area is immediately to the right of a Rune Gate.

While you’re on the upper floor of the tower, there is a ladder going down in the back. At the bottom you’ll find this Lorestone.

You can’t miss this one as it’s just to your left along the shore early on in this area.

After walking up the stairs towards the large gate, you’ll find this Lorestone just along the path.

As you make your way further down the shore, you’ll see this Lorestone at the water’s edge near a rocky archway.

Keep following the path but before you reach a tunnel of sorts, turn back and you’ll find this Lorestone just tucked into a corner behind a shipwreck.

Behind the tree and along the left, this Lorestone sits just at the water’s edge.

The final Lorestone at the shore is located on the other side of the tree just beside a stone outcropping.

As if the Labyrinth Trial wasn’t challenging enough, there are 4 Lorestones hidden in it. The first one is actually outside of it along the left shore.

This Lorestone in inside the Labyrinth and can be found by going Left – Left, and then it’s located at the end of another left dead end.

Starting from the Labyrinth entrance, head Left – Right – Left and the Lorestone is inside the room with the map on the floor.

The final Lorestone can most easily be found by getting lost in the Labyrinth. Going the wrong way, Right – Left – Right, should lead you to a small room with the Lorestone.

The chapters in Hellblade: Senua’s Sacrifice aren’t actually numbered or named, so we’ve picked an order when we went through them, which may vary for you. Don’t be alarmed if the Lorestones you’re collecting appear out of order. In the end you will find all 44 of them if you follow our guide.

The first of two Lorestones in the Swamp is located in the back corner behind an Illusion Gate.

The second Lorestone can be missed if you activate the Rune Gate before finding it. Make sure you pick it up from the back of the room before you proceed.

We’re going to refer to the dimension that is warm and sunny looking as the Past, and the gloomy rainy one as the Present.

The first Lorestone can be found in the Past just to the left of the Rune Gate.

This Lorestone is located inside the tower beside the stairs in the Past.

In the Present, you will find this Lorestone on the main floor of the tower beside a broken wall.

This Lorestone is back in the Present and on the second floor of the tower.

In the Past, you can find this Lorestone on the top floor between two doors.

The final Lorestone in the tower, outside on the upper balcony in the Past.

There were no Lorestones to be found in the Blindness Trial, Chapter 9.

As soon as you enter Helheim, you’ll find the first stone at the top of the stairs. This is well past all the dead bodies you’ve made your way through.

While you’re down in the cave lighting torches, there’s a Lorestone just near one of the rune symbols you’re collecting.

On your way up the stairs you’ll see two small ledges that you can climb which lead to this Lorestone.

You will find this Lorestone behind some metal bars at the bottom of the next area after you’ve gone past a waterfall.

This Lorestone is found just to the left of a Rune Gate.

Just through the Rune Gate, this Lorestone is inside the tunnel you’re walking through.

This Lorestone is located at the bottom of a spiral staircase that’s just to the right of the main bridge area.

Only three Lorestones remaining. This one is in a nook to the right of a barred door.

After repairing part of the bridge, you’ll notice that you’ve created an opening in a wall. Going through that you’ll enter a prison with the second-to-last Lorestone on the right inside a cell.

The final Lorestone can be found by repair another bridge that leads up to a staircase with it at the top.

Now that you’re in possession of all 44 Lorestones in Hellblade: Senua’s Sacrifice, you can rest easy knowing you’ve unlocked the “Stories From the North” achievement. Congratulations, now go beat the rest of the game! If you’re struggling with any Rune Gates, be sure to check out our guide featuring all Rune Gate solutions.