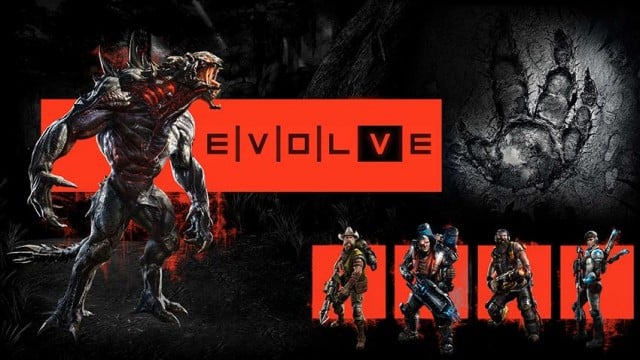 Evolve is nothing like the multiplayer games you have played before. In this game you have to make use of your strengths to the fullest. Whichever class you belong to, you always have strong changes of survival. But only if you are smart enough to use the available resources and weapons wisely.

Shear is an unforgiving planet and in order to survive, you must be prepared. Everything you need to know about Evolve, the next generation 4v1 shooter, can be found in this survival guide. Hunt together or kill alone. It’s survival of the fittest and any side can win. Choose your side.

Evolve is an asymmetrical multiplayer game, pitting four player-controlled Hunters against an alien Monster, controlled by a fifth player. Both Hunters and Monsters can use unique abilities during the game.

How to make the best use of your class in Evolve:

Take a look at the following guide which will help you understand your faction better and increase your chances of survival.

These are the human playable characters which mainly deal with the destruction of Monster faction. Hunter need to kill the monster before it reaches the ultimate level three of evolution. You will find the following four types of Hunters in this game.

Assault Hunters are the main damage-dealers of the team. Their Class Ability is the Personal Shield, which grants temporary invulnerability. Assault Hunters include Markov, Hyde and Parnell as playable characters.

Medics focus on keeping the team alive. Their Class Ability is the Healing Burst, which gives all nearby allies a substantial increase to their current health. Medic Hunters include Val, Lazarus and Caira as playable characters.

Trappers specialize in tracking down and trapping the Monster. Their Class Ability is the Mobile Arena, which is a force-field that envelopes an area in order to contain the Monster. Trapper Hunters include Griffin, Maggie & Daisy and Abe as playable characters.

Supports possess a variety of versatile tools for aiding allies. Their Class Ability is the Cloaking Device, which turns all nearby allies invisible. Support Hunters include Hank, Bucket and Cabot as playable characters.

This faction is a one man army, but do not mistake it for weak and lonely. Monster can give a really hard time to all of the Hunter faction alone, They evolve by feasting on the creatures.

With each stage of evolution the monster gains more strength and capacity to deal with damage. Their armours and abilities also increase as well as their powers and health.

Goliath is a highly durable melee Monster with the following versatile abilities.

Wraith is a stealth-focused melee Monster with tricky abilities. He is a savage piece of pure strength and brutality. She is a fast moving assassin who uses stealth.

Kraken is a long-ranged flying Monster that attacks with electricity. He confuses the Hunter by attacking from above. This beast kills with dark energy and his viscous tentacles.

This is a five day campaign which will feature a unique boss battle each day on various maps of Evolve. The out come of the previous battle will affect the next one.