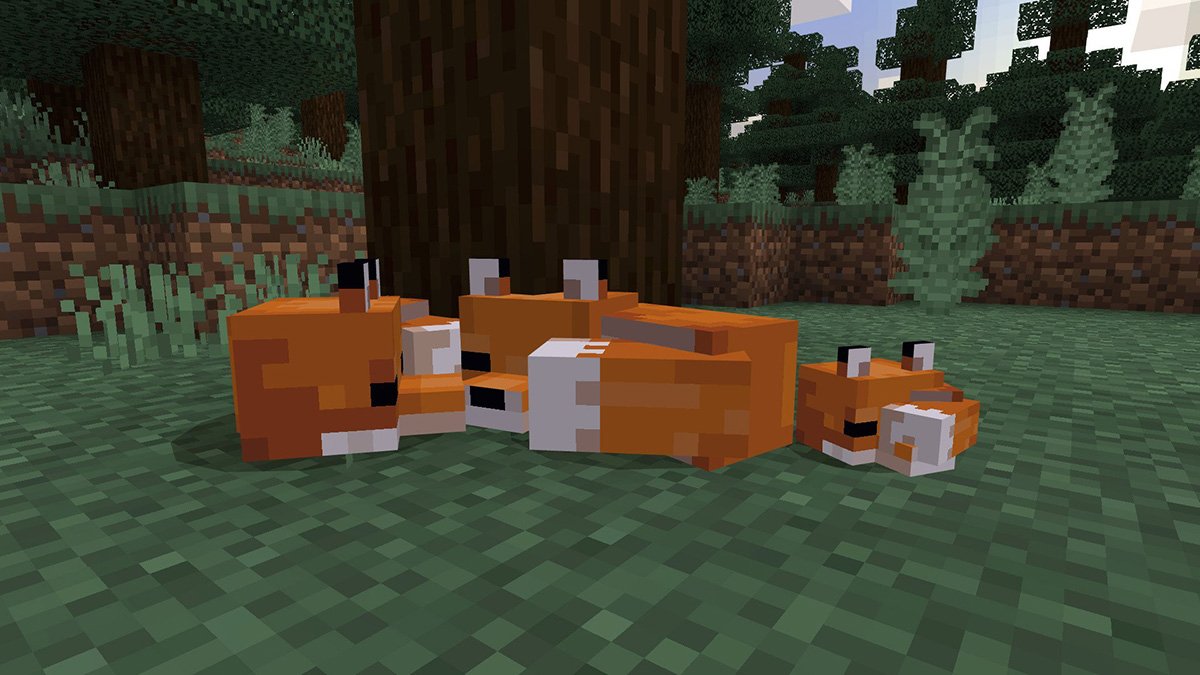 There are several animals that you can tame and breed in Minecraft. In fact, if you’re diligent enough, you can create your very own pet army to do your bidding. One of the most popular animals to tame are foxes, and it’s not too difficult to get the process going. But to help you get this process started, in this guide, we will explain how to tame and breed foxes in Minecraft.

Before going out to look for foxes, it’s important to know in which biomes they can spawn. Foxes are passive animal mobs that can spawn in Grove, Taiga, Snowy Taiga, Old Growth Pine Taiga, and Old Growth Spruce Taiga biomes. They spawn in groups of two to four foxes, and if they spawn in a snowy biome, they will be white foxes, while those spawned in others will be red foxes.

How to breed foxes in Minecraft

To breed foxes, you want to first find a pair. Make sure to have either Sweet Berries or Glow Berries in your inventory. Foxes tend to run away from the player, so the best way to approach them is during the day when they’re more docile. Use the berries on the two foxes (right-click by default), and keep doing it until they have heart icons above their head. This will make them fall in love and produce a baby fox.

Related: How to find and grow Sweet Berries in Minecraft

How to tame foxes in Minecraft

That baby will be loyal to the player, but note that baby foxes also follow adult foxes, so if the original pair runs away from the player, the baby will follow them instead. To prevent this, you can either pen the foxes in so that they can’t run away, use a Lead on the baby, or kill the adults with a ranged weapon. Breeding a red fox with a white fox has a 50-50 chance of producing a baby of either color.

When the baby grows up into an adult fox, it will remain loyal only to you. This is the first step in creating your fox army, and you can repeat the process with as many foxes as you want. After that first pair, it’s best practice to keep doing it with tamed foxes, so that they won’t try to run away with the baby.

Tamed foxes will follow the player around, protect you from other mobs, and can carry items in their mouths. An important distinction between tamed foxes and wolves is that, unlike wolves, foxes won’t attack the same target that the player attacks but will defend the player if the target fights back.

And with that, you’re equipped with the knowledge of how to tame and breed foxes in Minecraft. Always make sure to have enough Sweet Berries or Glow Berries on hand, and you’ll have a bunch of pet foxes following you around in no time.