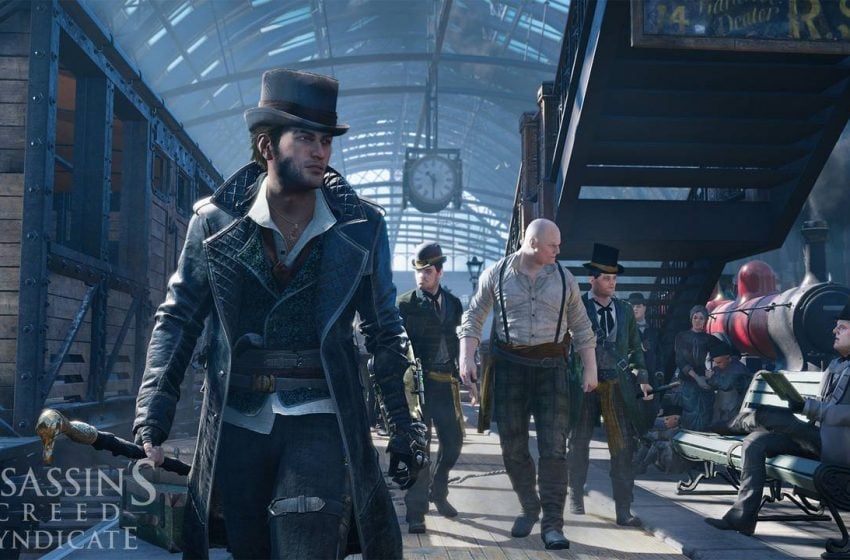 To Unlock Sequence 8 you must clear at least three boroughs, that is Free the Land from the Thugs by completing all of the activities listed on the map for each borough. Just like we conquered Whitechapel in Sequence 3 so one is already down. Now we have to find the other 2 and unlock the Sequence 8.

You’ll Find Sequence 8 locked as you might be completely focused on the story missions, so it’s time to focus on the rest of the boroughs and quickly conquer them. We recommend taking a look at Thames and Lambeth Boroughs as they can be conquered quick and easy. If you have done at least some activities of some borough can you continue to make it even faster.

Tip: You need to take two targets so have a police officer to kill one of them for you and Assassinate the other(Raphael Jekyll).

Tip: Take down the Snipers first from the top of his ship. Wait for him to come out and then air assassination him to complete.

Tip: Reach the section where Hargrave is holding up then kill the guards surrounding him. Assassinate him and throw his body in the river to score the bonus.

Tip: Kill all the guards in the target area then get behind Sedgwick and kidnap him take him to the closest ally carriage and deliver to the final waypoint.

Tip: Locate George Scrivens from the marked area, kill the guards in your way, kidnap Scrivens and take him to the closest ally carriage and deliver to the final waypoint.

Tip: Same as the Emmet Sedgwick you need to clear the path first and after taking Simon into custody take him to the closest ally carriage and deliver to the final waypoint.

Tip: First clear the Snipers from the rooftop and later hide into the haystack in the courtyard and wait. As soon as you see Church nearby jumps out of the hay and assassinate Church.

Tip: First clear the Snipers from the rooftop, Locate the Targets and Double Air Assassinate them.

Tip: Locate the Target in the marked area, find the large tunnel to enter the underground and Take Bacchus up the stairs and leave the enemy territory.

Tip: Hide in the haystack near the target, Kidnap Butler and head out of the area and to the closest allied carriage.

Tip: Kill all the guards on your way to the target, Kidnap Graves and head out of the area and to the closest allied carriage.

Tip: Clear all the snipers from the second floor, disable the alarm and now freely kill the foreman and free the children to complete the mission.

Tip: Hit one of the big guards with a hallucinogenic dart to clear out the mess for you.

Tip: Clear the Roof and wait for the target to come out later Air Assassinate the Target.

Once you complete all of the activities including the Gang War for that borough you need to defeat a large group of rival gang members, then finish off the boss in. Now your Sequence 8 is unlocked and you can move on to the rest of the story Missions in Assassin’s Creed Syndicate.