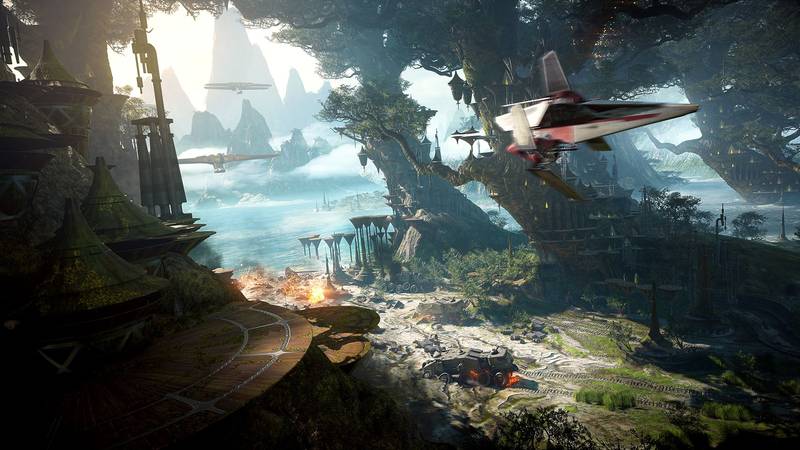 List of All Star Cards in Star Wars Battlefront

Thermal Detonator is easy to use and has deadly results. It is also the most popular and widely used grenade in the galaxy.

The Impact Grenade explodes directly on contact with any object, but it has a smaller blast radius than a Thermal Detonator.

The Pulse Cannon is a power of its shot and dependent on the charge-up time. An incredibly powerful long-range rifle utilizing the frame assembly of a DLT-20A, the so-called “pulse cannon” has become the weapon of choice for many sharpshooters.

It Cools down the primary weapon so that it does not overheat for X seconds. When activated, vents heat from your main weapon and prevents further heat build-up for a short period of time.

The Cycler Rifle is rumored to be a modification of the Czerka hunting rifle made by Tusken Raiders after they stole large shipments of the weapon from Imperial lockups. Cycler Rifle is designed to fire solid projectiles, this crude, but the reliable rifle is excellent at hitting targets at extreme ranges and penetrating energy shields.

Based upon the success of the Thermal Detonator, Loratus Manufacturing developed a substantially more powerful device known as the Thermal Imploder. The Thermal Imploder compresses and heats the surrounding atmosphere, creating a vacuum that produces a violent implosion within a massive radius. Unfortunately, its users were often caught in the weapon’s massive implosion radius.

Adds an explosive splash to the primary weapon

A non-lethal explosive which creates a bright energy flash and loud noise to disorient opponents.

An ion grenade that delivers massive damage against vehicles, shields, and droids.

Allows you to traverse the environment.

A homing rocket that locks on to enemy soldiers from afar.

The Scout Pistol is the perfect close range weapon to switch to when your primary weapon is in overheat. A light side-arm effective at taking out opponents at close range. Quickly loses its capabilities at longer distances.

As robust and formidable as its Wookiee creators, the Bowcaster is more powerful than an average blaster, making it a favorite among mercenaries and bounty hunters across the galaxy. Depending on the charge-up time, the Bowcaster fires 1 or more explosive bolts in a horizontal arc.

To minimize casualties, the Empire modified the Droideka Shield Technology for use by ground troops. Although it hindered the use of weapons, it proved popular and was adopted by the Rebel Alliance. The Personal Energy Shield provides protection from energy weapons. However, it offers no defense against kinetic weapons like Cycler Rifles and grenades.

The Jump Pack is well suited for traversing obstructions and evading danger, but does not allow for sustained flight, it offers troops a reliable alternative to moving quickly across the battlefield. Back mounted Jump Pack that utilizes burst thrusters to allow its user to jump over large distances.

Squad Shield is a Portable energy shield that protects users from blasters and other energy weapons. The Battle of Naboo, weapons manufacturers scrambled to modify the Gungan shield technology into a man-portable device. The resulting Squad Shield is now used extensively by Combat Engineers.

Card Refresh Resets the cooldown on all of your cards.

The Focus Fire Star Card will greatly increase your blasters accuracy. Temporarily grants a considerable bonus to accuracy with your primary weapon.

R5D4 droid patrols the immediate surroundings, scans for enemies, and attacks them on sight.

Viper Probe droid patrols the immediate surroundings, scans for enemies, and attacks them on sight.

A powerful explosive that triggers when enemies are nearby.

The Mark II is a deployable blaster cannon that uses devastating firepower to keep the enemy at bay.

Scan Pulse is a 360-degree pulse burst that reveals enemy soldiers, even if they are behind cover or out of sight.