Monday Night Combat Walkthrough videos provided by the Uber Entertainment. It is competitive, class-based, third-person shooter game exclusively on Xbox 360. Monday Night Combat is set in the future, two teams of cloned soldiers battle to destroy the other team’s ‘Money Ball’ as a competitive sport. It blends intense combat, finishing moves, and gameshow-like challenges and rewards to produce an action experience unlike any other.

Total of Two gameplay avaialable in the game, first Crossfire and second Blitz.

In Crossfire teams of six players battle each other to destroy the others Moneyball. To do so they must make sure their robots get to the other team’s money ball. Only the robots can damage the money ball at first by damaging their shield but after the shields are down all players can also contribute.

And in Blitz, a team of 4 players protect their moneyball against waves of robots. This gametype can also be played alone, 2 player splitscreen or 4 player online.

So lets start with walkthough videos:

This video show off the Support class in a join in progress Crossfire match in the LaseRazor Arena. Support class is a healer and an tech combined together with a Heal/Hurt Gun for a primary weapon and a deadly close range shotgun for a secondary. His four upgradable skills include Hack, Firebase, Air Strike and a passive Support skill.

Hack allows Support to enhance any built turrets as well as turn an enemy turret into a friendly at higher levels. Firebase is a transforming throwable turret that can be placed anywhere. It will heal Support and teammates when upgraded. Air Strikes can be called with a throwable sticky beacon that can be attached to arena surfaces as well as other characters. Support’s passive skill upgrades his armor as well as enhance robots around him in a given range. It also show how Juicing can be used to get through enemy defenses.

Scared of speed, stealth and cunning? Afraid of light bending around your enemies? Hate the confusion of wondering where your prey went? Not appreciative of blades? Like words? Then Assassin is what you need to watch out for! The Monday Night Combat Assassin is the scalpel in a world of chainsaws. She is the answer to those annoying questions. She is the reason Pros wake up in a cold sweat. She’s a ghost, an enigma, the whisper of something sinister coming and she’s a chick. This season the Assassin is why you need to watch your back.

You want to avoid being another notch on the Assassin’s hilt, right? Remember these things:

The Monday Night Combat Sniper isn’t your run-of-the-mill sniper. You won’t go lying in a puddle getting your ghillie suit wet and muddy. You’ll be ducking behind unbreakable glass barriers, avoiding assassins and looking for crowd approval. You need to stay alive and be effective because you’re the sniper and what will the rest of the team do without you?

Remember these few points for being an elite Sniper:

For those who missed our PAX East debut, here’s a video that shows of each of the six character classes of Monday Night Combat XBLA. Each Pro’s primary and secondary weapons as well as their various skills and grapples are shown in full awesomeness. You’ll also get to see how characters upgrade during gameplay by spending all that hard earned robot busting cash. 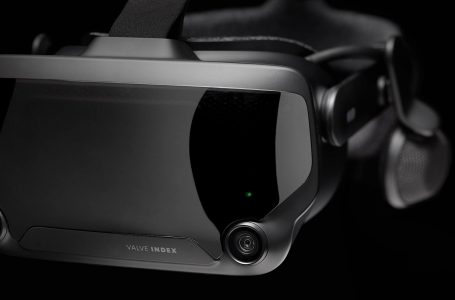