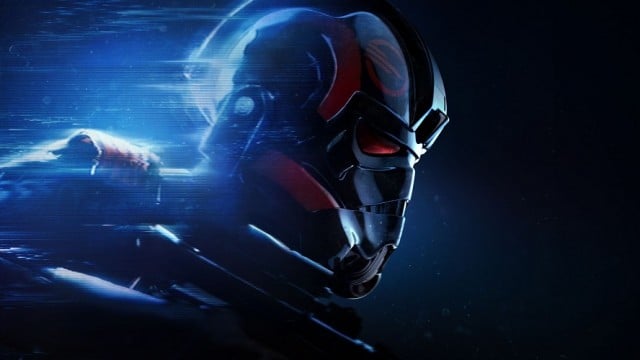 In the last Mission 3 Dauntless, Commander Iden Versio after helping Raythe in protecting Imperial II-class Star Destroyer Dauntless, the next mission is The Observatory. You will play as Luke Skywalker in this mission, along with an Empire soldier.

After a short cutscene, you will be playing as Luke. The first objective is to explore the planet, go ahead and you will have to fight with some storm troopers. At the start, you will have three abilities, Push, Repulse and Rush. Use them against the enemies, the lightsaber can also be used to deflect attacks. There will be more troopers on the next marker near the ship. Kill them and then head to the next marker, more will be in your path.

Once you reach near a flying ship, you will have to track down and kill all the soldiers in the vicinity. Eliminate everyone.

Enter the cave through the narrow entrance, and you will spot the soldiers are being attacked, kill them and you will reach another cave with the blocked path. Use the lightsaber to open it. There will be a cutscene.

Walk ahead and Del will follow you. Next, there will be some bugs kill them and keep moving. As you reach a waterfall, break the wall on right to move ahead.

Look for a read marker, destroy the amber over it to uncover the defense terminal. There will be a blast, and more bugs will attack, kill them and defend Del. You will see the progress bar on top, for that particular time you will have to keep killing the bugs.

There will be a second terminal on the left side, go there and uncover it. The objective is once again the same, you have to kill the attacking bugs. Defend him. Try staying near to Del and as the bugs attack kill them. Once done reach the observatory door there will be a cutscene.

This ends the mission The Observatory, you will be playing as Commander Iden Versio in Mission 5 The Storm. You can also read our Star Wars Battlefront II Wiki for more updates on the game.