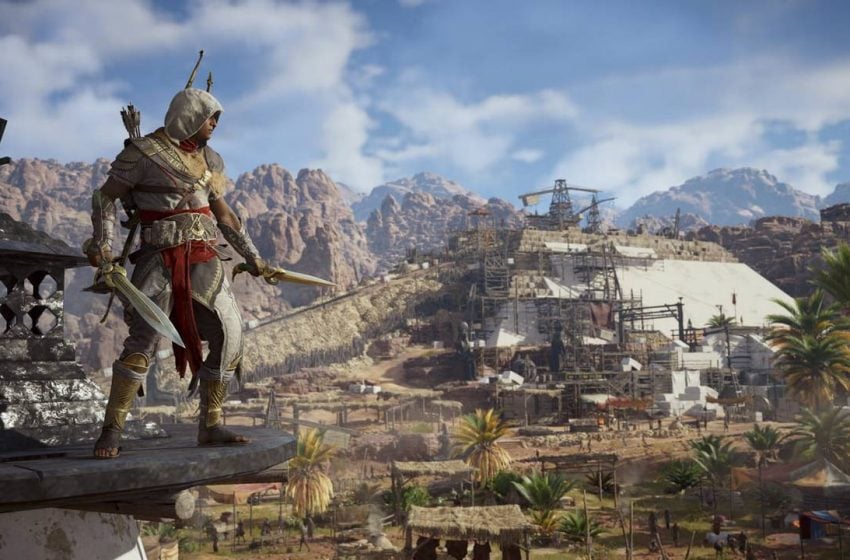 In the previous Main Quest Scarab’s Sting and Scarab’s Lies, Bayek was able to find who is the real Scarab and assassinated him. In this chapter Pompeius Magnus as it begins, you will be playing as Aya controlling a ship. In this part, you have to protect Pompey’s ship so that Aya can confront him to ally with Cleopatra, next as the chapter is over, as Bayek you will be hunting a boss Hyena in the Tomb of Khufu.

This quest begins with Aya, you will be controlling a ship and steer towards the ship sent by the Pharaoh. You have to Brace for the incoming attack and to sink the fleet you have to target the ships weak point. You will see the target in red, where you have to attack, try to attack only if you are having a clear red target. The ship has limited health, so you have to take all the chance to sink the ship. After sinking the first ship, there will be two more ahead. Try circling around one target a time, ignore the other one, it will be easier for you to avoid the attack. One of the ships will steer into your ship, you have to attack the weaker points.

Meet Pompey the Great in the Aegean Coast

After destroying three ships, you have to sail ahead, to the next marker. You can sink ships by ramming into them, this is the second type of attack you can try out now. As you reach near to your marker, you will see your target ahead.

The next objective to defend Pompey’s ship, there are three ships you have to destroy in your path. keep circling around and destroy the ships as soon as possible. You can use Ramming attack to sink the ship. Head towards the huge ship, and it will trigger a cutscene.

There will be more new quest added, as you return back to the temple where you assassinated Taharqa. Through the game menu, select the main quest Hyena. As you start you have to find Apollodorus contact and talk to him. Go to the marker, and you will find a trader, he will ask you a fee and then will share info about Hyena that is 100 Drachmas. Pay him to trigger the next cut scene. He will tell you the real name of Hyena, Khaliset.

Before giving you more info about Hyena he will give you a short task of bringing his horses back to the market. To towards the south of the market, the trader’s men will come with you. You will have to visit Depleted Quarry Hideout, using the Eagle vision you can locate the target, where you have to deal with Level 20 enemies. There is also a Level 21 and Level 22 captain in the hideout. Once you had marked all the enemies, you can progress through the mountains on the sides. Killing the guards one by one, as the area is pretty big, there are many around.

A direct entry into the hideout will not work for you. You can move slowly from the right end and killing the guards who are on the top of mountains and guarding the places from the higher location. Your objective must be killing maximum guards in stealth mode. So target the one who is on the top of mountains first. You will have to walk a little here. If you alert one guard, then all will charge towards you. It is best to assassinate the captain from a distance if you have a chance. You can distract the enemies by shooting the red pots that will create fire around.

Stay on the top all the time and use Animus pulse to locate the coming enemies. There is a single horse that you have to take back, you can locate it through the eagle vision. Once you get the horse ride it outside the area. There is no need to fight to kill others, you can just ride the horse straight to the exit even if you are attacked.

Find Khaliset’s Lair in the hills west of the pyramids

After getting info from Mered, you have to head to the extreme west of the pyramids, to locate the Hyena’s liar. As you move in your path you might have to deal with bandits so use the Eagle to spot their locations to avoid them for unnecessary fights, or you can fight for some XP. Once you are near to the liar, use the Eagle Vision to locate hyena’s around. These are now Level 17,18 or 20 animals, so they won’t leave you so easily.

Once you have a clear view of the target, go the place, and kill all the hyenas in your path. a few among them will be Level 22 animal. After killing them you have to investigate the liar, to uncover Khaliset’s whereabouts. On the left you will find a cave, use Animus Pulse to locate a letter In the same cage there is a bed on right, and interact for investigation. Next free the prisoners from the cage for some info. Look on the right for a cage, there is a hyena locked in it, destroy the gate and kill the anima. Inside look near the stone on the corner. This will give you her location.

Reach the Pyramid of Khufu

Once you got the drawing you have to go the pyramid, there is two way you can either ride all the way or use a fast travel point. Near the pyramid, you will see a pack of hyenas hunting a man, help him and turn around you will get access to the Tomb of Khufu. Your character Level must be around 22 or higher.

Explore the pyramid in search of Khaliset

Enter the tomb, keep walking straight, follow the path with spider web, and then the burning torches, use Animus Pulse to locate objects, you will reach to a well, where you have to go down. Keep following the torches, and you will reach a huge tomb.

Go to the marker to start your investigation. Use Animus Pulse to locate 4 yellow markers that you have to investigate. Once the investigation over you have to open the sarcophagus. Khaliset appears in the cutscene, your next objective is to kill her.

As she disappears walk towards the next marker, and push the rock to reach on the other side. you will be in a cave, look for fire arrow attack, you can dodge them. At the end, you have to climb up, for the final fight. After the cutscene, you have to deal with the hyenas first. She will hide in a smoke, look for the fire arrows if you see them that means Khaliset has attacked you from there. Just keep following that the location from where the arrows are coming and attack her. It is hard to locate her in the sandstorm, along with that the hyenas will be there too. These are Level 26 animals, so it is good to kill them first. You cannot use Senu here.

Find a spot where you can protect yourself from arrows, the hyenas will follow you, kill them one by one. they are slow on attack, so you can deal with them first. Next walk towards the fire arrows by dodging the attacks, as you reach a bit near you will see Khaliset in the storm. You can hide behind the walls to regain your health. Move very slowly and dodge the attacks, you will spot her in the tomb that is your chance to keep shooting on her.

keep moving left and right, and when you spot her, shoot her continuously. She will disappear in the storm a number of time, so keep moving around and you will spot the arrow coming towards you. Once you are near to her, try to run towards here and attack, this will be your one chance to kill her instantly. The objective is to spot her in the storm and run towards her to kill her.

After she dies, the quest is over. You can read our walkthrough on next main Quest The Lizard’s Mask or you can also read our Assassin’s Creed Origins Wiki guide for more tips and updates on the game. 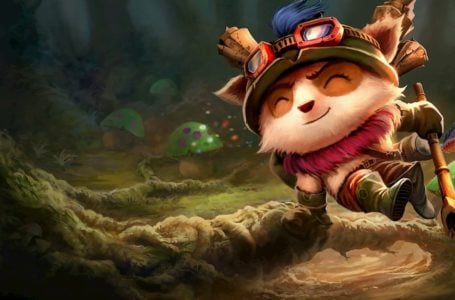 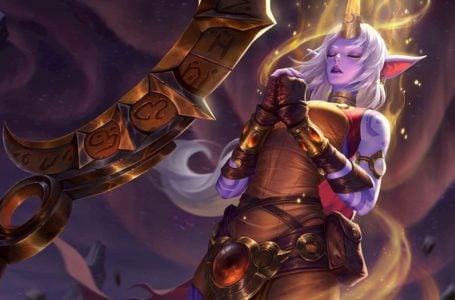