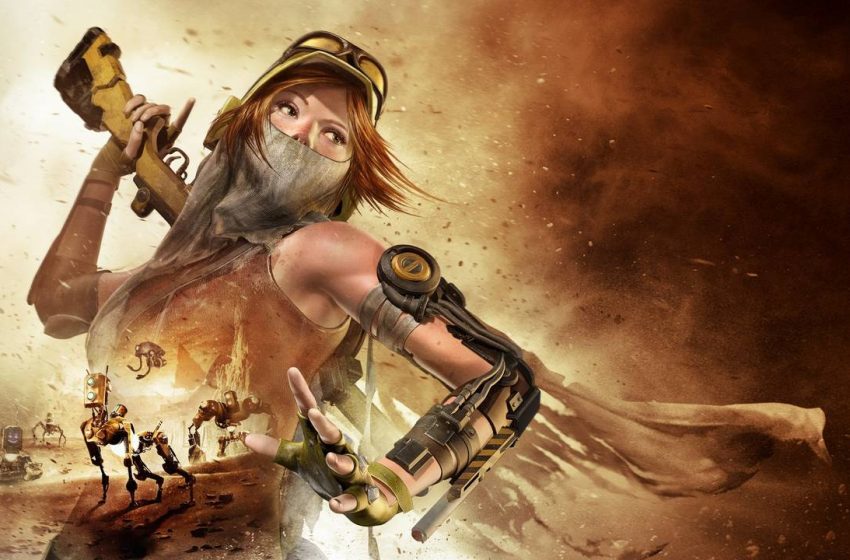 Welcome to ReCore’s very first walkthrough guide where we will explain every Mission in details – How to Control Joule, How to Fight and use the Combo, How to Control your CoreBot Mack and so on. You will be a young survivor of a terrible cataclysm who journeys from Earth to the desert world called, ‘Far Eden’ to build mankind’s new home. So let’s get started with our First Walkthrough – On the Hunt and Joule’s Crawler.

On the Hunt Walkthrough

Track the Strange Energy Signal to its Source

The Game starts with Joule and her friendly CoreBot, Mack. Joule is in search of a Power Source which can bring her Crawler back Online, so let the hunt begin. As you are taking controls of Joule for the first time, the game will teach you her controls on the Top-Right Notification so make sure you keep a good eye on it.

Mack is picking up a Strange scent which can take it the source of the Energy. Start following Mack and climb a few rocks, soon the game will teach you how to use the Double Jump by pressing the Jump Button Twice to get across the wide gaps. Now get ready for some action to fight your very first enemy – Scavenger Corebytes. They can be easily taken down if you use the Lock On feature while firing the Rifle.

Make your way all the way to the Top following Mack until you come across Locked Door. While climbing Up, you will again hear Joule’s Father’s audio log talking about the planet Far Eden. Look to your left where Mack is standing and pointing towards the CellBot, use the Power CellBot to open the door to get in. Once you get inside, you’ll find few Corebytes have picked up Mack and thrown him away on the other side, so let get there and help him.

Take left and a spider Corebytes will appear, here you need to use the Charge Shot by holding down the fire button and release when you have the perfect lock(the center). In the next section, you will unlock the gate and use the Dash Ability before the door get locked again. So first step on the Button then use Dash to quickly get to the other side. Similarly to make a good jump you must use Double Jump and then Dash(while in air) to travel long.

Moving forward to the next section is the Door with lock, here you must use the extractor – Tug of War to pull the Extractor Cable and leave the button when the cable turns red or the line will snap. Remember to leave the rope when the cable turns Red and pull when it’s very close. Once you unlock the door, revive Mack and get ready for some more action.

You will now encounter the high-level enemies and there are a couple of ways to destroy them. Either use your Rifle to drain their health and increase the Combo Meter or try the extractor to pull out the Core from them. We recommend draining their health to the last Bar then extract the Core. To Dodge the attacks, try using the Dash + Move angle and continue shooting them. Also, try to use the Charge attacks for the massive drain.

The Second Wave – Blue and Red Spider Frames, you can use your companion’s attack to take down the enemies. Remember Mack is good in taking down the Blue Spider Frames then Red, so plan and use your attacks accordingly. Mack’s attack will be recharged in every 15 seconds and thus keep an eye on Mack’s hud(Top-left corner) to see the Bolt Lighting that indicates he is ready to the attack.

Hint: Once you get the Combo Meter to x10 then use the Instant Extract to get the kill in one go.

Once you finish taking down all the Spider Frames, it’s time to learn something new that Mack can do other than Charge attacks. Using the K-9 Frame Special Ability, you can press and hold the ‘X’ button to have Mack search under the sand in the marked radius. To give your best shot, look for the Sand with uneven balance and there you can find your CellBots and other valuable items.

After finding the CellBot open the door and get ready to meet the Caterpillars, which are a form for Corebots. Corebots are much more intelligent then Corebytes as they were designed for highly protective humans. Take them down and start climbing on the top of the Tower to get through this sections and take a couple of more Corebytes to get to the Final Stage.

Joule finds out that the Power Source is some kind of Core and once the Cutscene is over, get ready for your first Boss Fight against – Iron Fang – Watchers of the Granite Steps. Iron Fang is like a chameleon and he will change his colors from White, Red, Blue and Yellow and each colored Fang will have different types of attacks. Use your Rifle to do the damage and a Charge Shot while Mack is using his attack for a better impact.

Maintain the distance and keep dodging when necessary. Iron Fang is an easy Boss so try to take him down as soon as possible. Make sure you have a good Combo Points building up to get higher damage output. Once you drain his health to the Last Block, he will recharge his health with one block if you don’t extract the Core in time. Give it your Best.

After Defeating Iron Chang and extracting the Crystal Core, it’s time to head back to the Crawler and turn on the Power Source. The Crawler is just outside the Cave and on your way you will find a couple of Audio Logs and Craftable items like – Worn Lenses, Worn Servos, Worn Plating and a couple of Corebots near the Crawler. Get inside the Crawler and watch the loading screen to get more hints.

Inside the Crawler, after watching the cutscene you know your next Objective which is to fix the Pylon 512 in Lonely Basin. But first, you must fix Mack with your gathered craftable items. Thus completing the First Walkthrough and you can continue to the next Chapter – Paradise Lost, or check our ReCore Wiki Guide to know more about the collectibles, blueprints, Boss Fights, best use of Workbench and much more.