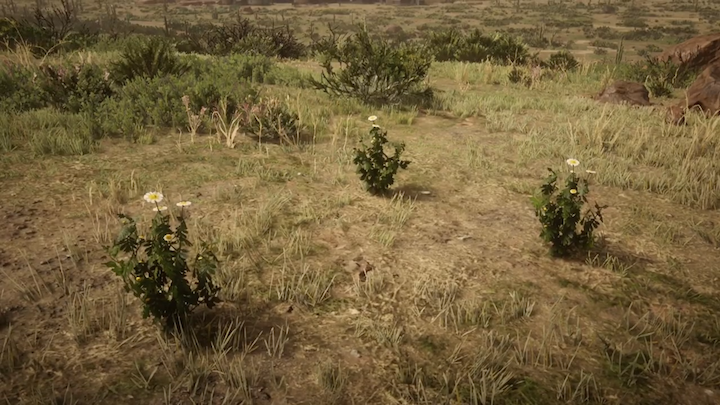 If you’ve spent any time in Rockstar’s Red Dead Online, then you’ll already know what a rooting tooting six shooting blast it is. You’ll also know that everything is trying to kill you. Whether it’s other players, NPC’s, a bloodthirsty posse, or some wild animals and snakes. Hell, even your faithful horse can turn on you in an instant and take a sharp right over a cliff when you know that you told the bloody thing to go left! Even though it’s a daily fight to stay one step ahead of the Grim Reaper, it doesn’t mean that you can’t do so while looking stylish.

So what does your chosen cowboy or cowgirl need to stand out from the crowd? What garments and accessories will make you the cock of the walk? This list takes a look at everything available for the virtual female in your life and detaILS how much it’s going to cost you to keep her dressed to the nine’s.

If you need something to cover your face while you’re relieving a bank of its money or holding up a train or stagecoach, then the bandana is the way to go. It doesn’t do anything to protect your identity as the moment you commit a crime then the Wild West Five-O are straight on you, but it does look cool and comes in a selection of funky colors.

Every cow-poke wants to die with their boots on, it’s the Wild West way, and when you see the Tornado available in your catalog and local tailor, then it’s not that surprising. These have a wonderful design, and once you’ve bought them, you won’t want to wear anything else. They’ll also set you back a pretty buck at nearly $100, so you’ll have to work your cotton socks off or shoot a bunch of people to be able to afford them. But the grind is worth it.

Having spanked a swedge on some nice boots, the last thing you want is for them to get covered in dust, mud, and animal droppings. The best thing you can do is grab the Heathland Chaps as soon as you reach level 21. These aren’t cheap at about $84, but if you don’t want your boots getting splattered by whatever the Old West has to offer, then they’re a wise investment.

The singular most expensive single item in the game the Chuparosa Poncho isn’t a coat. It’s a poncho, but if you’re playing this game to live out some Clint Eastwood fantasy, then it’s a must-have to help you become the Woman With No Name.

You’re going to want to add the Townsend gloves to your collection because they’re good looking and sturdy, which is something that you’re going to need out in the wild. However, let’s be honest here, if you’re looking to buy a pair of Townsend’s then it’s because you don’t want to leave any fingerprints at the scene of your latest nefarious crime. Either way, a pair of these are going to set you back $78.

If you’re going to spend any significant amount of time in Red Dead Online, then you’re going to need a hat. It helps to keep the sun out of your eyes and off of your head when it’s 100 degrees. It also shelters you from the rain when a storm comes rolling in. It’s also something that continually gets shot off your head when you’re in the middle of a gunfight. Well, you can look dapper in the Cavalier, which is the second most expensive single item on this list. Don’t forget to pick it up after the bullets stop flying.

If you fancy a change from your trusty bandanna, maybe you’ve misplaced it, or it’s so caked in the blood that you can’t seem to shift the stains, then you could do a lot worse than splashing out a few dollars on the Ascot Tie. Smart and sophisticated it gives the wearer an air superiority, right up until they spit on the floor, punch a bartender in the face, and start taking potshots at passers-by in the street.

Consider gentle reader just how difficult it is to raise any decent money in Red Dead Online. That’s not a dig at the game you understand, but unlike its big brother GTA Online, the pay off’s are usually in the $12 range as opposed to the $25,000. So imagine just how much work you’d have to put in to raise nearly $550 Red Dead Dollars to buy The Quinton Outfit. It’s unbelievably cool though, and it’s doubtful that you’ll ever wear anything else unless you are venturing into the frozen mountains.

Well, they’re, um, pants and they cost you $60. Not a great deal to say about trousers other than they stop you getting arrested for exposing yourself and help to keep your bum warm. Sorry.

The Lotte shirt is perfect for the gal who wants to be seen around town when she isn’t busy out and about shooting people in the head. It’s graceful and topped off with a nice piece of lace around the neck. It’s also perfect for the opera, taking in a show or holding up an innocent traveler. It’s a multi-purpose shirt that you’ll never want to change. Just make sure to wash it once in a while, for the sake of the other cowboy’s and girls in the game.

When you make it too level 26, you’ll be able to purchase the Gerden Deluxe spurs, and though they won’t make your horse go any faster, for that you’re going to need better tack, they do make you look and sound like a badass as you come clattering down the street. Y’know, if you think jangling anywhere is badass.

It may seem strange to fork out $20 for a pair of suspenders, but even Arthur Morgan knew that you need to keep your pants from falling somehow. Nothing could be worse than being in the middle of a gun battle, and you’re having to waste valuable time yanking up your trousers. So why not do it with these Fine Leather ones?

And finally, vests. A favorite of a certain writer who’s not a million miles away from you who may or may not have decided to break up his character Jane Doe’s full-on goth appearance. Complete with black hair, make-up, and clothing, by purchasing a Rutledge in the brightest red they had. So yeah, when you get a chance to buy a Rutledge, they’re fantastic.