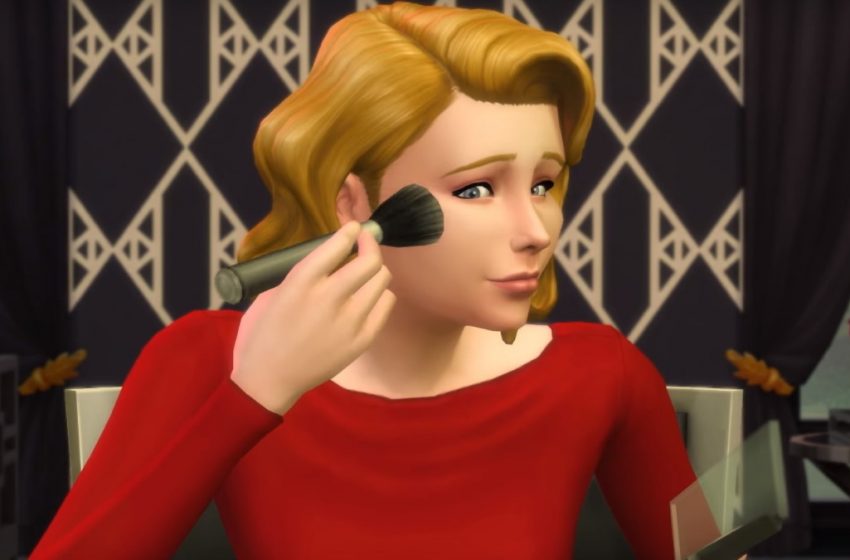 The Sims 4 has improved and expanded upon features previous installments started, but sex is still as PG as it ever has been. All you do is choose “Woohoo,” and your job is done. As adults, though, we know there’s more to it than that. Our full list of the best sex and adult mods for The Sims 4 helps to bridge that gap.

Thanks to modding, however, you can take immersion to the next level by using these Sims 4 love and sex mods. These are absolutely essential if you want more than a shaking bed and some fireworks, and they come in a variety of, shall we say, strengths.

The Make Love, Not Woohoo mod is a pretty simple thing. It will change the in-game word Woohoo to the more realistic word sex, for anyone who doesn’t particularly enjoy the juvenile approach that the game takes. Not a drastic change, but certainly welcome for some folks out there.

If you despise censorship, take a look at Moxiemason’s No Mosaic / Censor mod. Since the beginning of time, The Sims franchise has blanketed any private act—from using the toilet to showering—with a pixelated blur. Instead, this mod treats you like an adult by completely removing the pixelation. Taking a shower? No blur there. Going to the bathroom? You’re welcome to watch. What it won’t do is add nudity in the form of unclothing Sims. However, if you decide you want your Barbie-bodied Sim to streak or use the toilet through their clothes, enjoy the show.

In this day and age, dating has expanded to the smartphone in your pocket with dating apps. So, naturally, why shouldn’t your Sims experience the same heartbreak? With LittleMsSam’s “SimDa” Dating App mod, they too can experience the same face-to-face rejection with an immersive dating app. The mod adds an immersive layer that The Sims 4 was missing. Find love, go on a blind date, or if your Sim is looking to feed their carnal instincts, set up a one night stand.

TurboDriver’s Wicked Whims is the kind of mod that you shouldn’t be using when your grandma is around. And boy is it extensive.

Wicked Whims is the pinnacle of sex mods. The base mod has a few dozen positions, but the real kicker is the number of animations other modders have contributed. The ballpark number, according to TurboDriver, is over 6,000 different animations from various creators. But lewd positions aren’t the only features added.

Sex traits like “Sexually Alluring” and “Sexually Abstinent” can directly impact how often doing the woohoo happens. Nudity skills can turn your Sim into a pervert by making a game of flashing others or dancing naked in the street. To do that, Sims need to be more comfortable with their nude body by engaging in certain activities like wearing a bikini or getting a massage.

There is a surprising layer of realism added as well, one we did not expect. A fact of life is this: Women have a menstrual cycle. It’s a natural process that The Sims franchise has never dealt with. Sims do the woohoo any time of the day and out comes a baby. In the real world, it’s more complicated than that; some days a woman can be more likely to get pregnant than others, and it’s governed by that cycle. Wicked Whims took the liberty of including it to The Sims 4’s cycle of life and all the nuisance that follows.

Continuing the trend of pregnancy, there’s PolarBearSims’ Risky Woohoo mod. By default, there are two kinds of woohooing that can happen in The Sims 4: Woohoo and Try for Baby. The former kind is just the act of sex without the chance of children, while the latter adds the chance of a baby. Risky Woohoo removes “Woohoo” and replaces it with “Risky Woohoo,” which falls in between Woohoo and Try for Baby. Hey, sometimes passion gets in the way.

However, a risky woohoo does more than add a small chance; it increases and decreases based on traits your Sim has. For example, a Sim with the “Lazy” trait will be too lazy to bother using protection, increasing the chances of pregnancy. On the other end of the spectrum, a Sim with the “Hates Children” trait will be far less likely to make mistakes.

The Sims 4 has always been about role-playing. Kyutso’s Passionate Romance mod embodies that ideal and expands upon romance options. With a new menu option “Passionate Romance,” make your sim “goose” a lover or friend, which is the act of pinching someone’s rear. The receiver can either accept it and kiss you or leave a nice handprint on your face. Being successful with any romance options is directly linked to a Sim’s relationship.

If post woohoo awkward silences are not for you, the Pillow Talk mod by Shimrod101. It replaces the game’s Big Finish animations with something a little more romantic. Five previously unused animations can play out instead, removing the cartoonish fireworks moments and replacing them with something altogether more tender, loving, and realistic. These animations are called Pillow Talk, Whisper Secret, Tickle, Kiss, and Snuggle Nuzzle, and one of them will play randomly at the end of the woohooing.

Ghosts Can Have Babies

Depending on your grip on the delicate nature of gaming realism, you might be curious to see ghosts having babies. Modder PolarBearSims is the mind behind the Ghost Can Have Babies! mod, so direct any and all disapproving glances at them. With ghosts being able to have relationships and get married, it seems the logical next step was to have those same ghosts get pregnant. As a point of note, this won’t result in a ghost baby, but due to the miracle of childbirth will instead give you an actual newborn to take care of.

If the idea of a single baby isn’t exciting enough for you, then ArtUrlWWW’s Pregnancy Mega Mod will offer you as many little bundles of joy as you can handle. This mod may cause some conflicts with the aforementioned Wicked Whims mod, so keep that in mind when deciding which mods to go with. This mod can result in triplets, quintuplets, and sextuplets, so make sure you have plenty of room in your house for your potentially massive new family.

The unfortunately named Hoe It Up mod by Sacrificial will introduce sex work to your Sims 4 game. This will give you Sim some potential routes to extra income, be it through negotiating the monetary value of physical affection, or providing important services such as lapdances at the local nightclub. Like all things in life, practice makes perfect, and you can get better at your new trade over time, earning even more additional income.

Tanja1986’s Babies for Everyone mod will bring all kinds of equality to the process of pregnancy in your games. Gay and lesbian couples can bring forth new life, and men will be able to get pregnant. The mod still retains the lottery nature of pregnancy. You won’t choose who actually gets pregnant, so the miracle of life will still be a surprise to someone.

Less Success for Try for Baby

If you want to put a dent in the insane success rate for pregnancy in The Sim 4, then this is a great mod. The Less Success for Try for Baby mod will allow you to set your own levels between 60%, 40%, and 20%.

This article includes affiliate links, which may provide small compensation to DoubleXP.