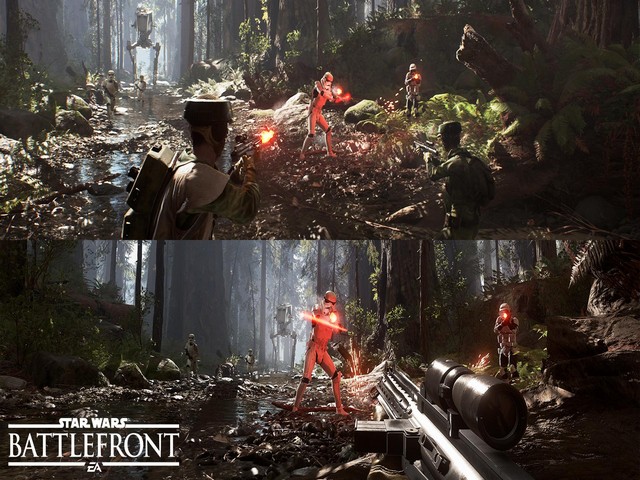 Star Wars Battlefront is among the most hyped games in recent history, being powered by the upcoming Star Wars: Episode VII movie and a series of positive previews coming from the latest events in the industry. The recently released multiplayer beta has confirmed all of these positive impressions, taking people’s hype even higher.

But… what about you? Are you really prepared to the Star Wars Battlefront launch? Do you really know everything you need to know to unleash the force which is hidden within you? We’ll see… in the meantime, take a look at a full set of tips, tricks and things you need to know about the beta now running wild on the Internet for PC, PS4 and Xbox One.

The Rebel side has to secure and activate pairs of uplink stations. The longer your uplinks are activated, the more Y-Wings will come in to bomb the AT-ATs leaving them vulnerable to rebel attack. Take down both Walkers to win the game.

The objective is to capture fallen drop pods. Make your way to a drop pod and trigger the claim process. Your team will win if it captures five pods, or controls the majority of them after the 10-minute match is up.