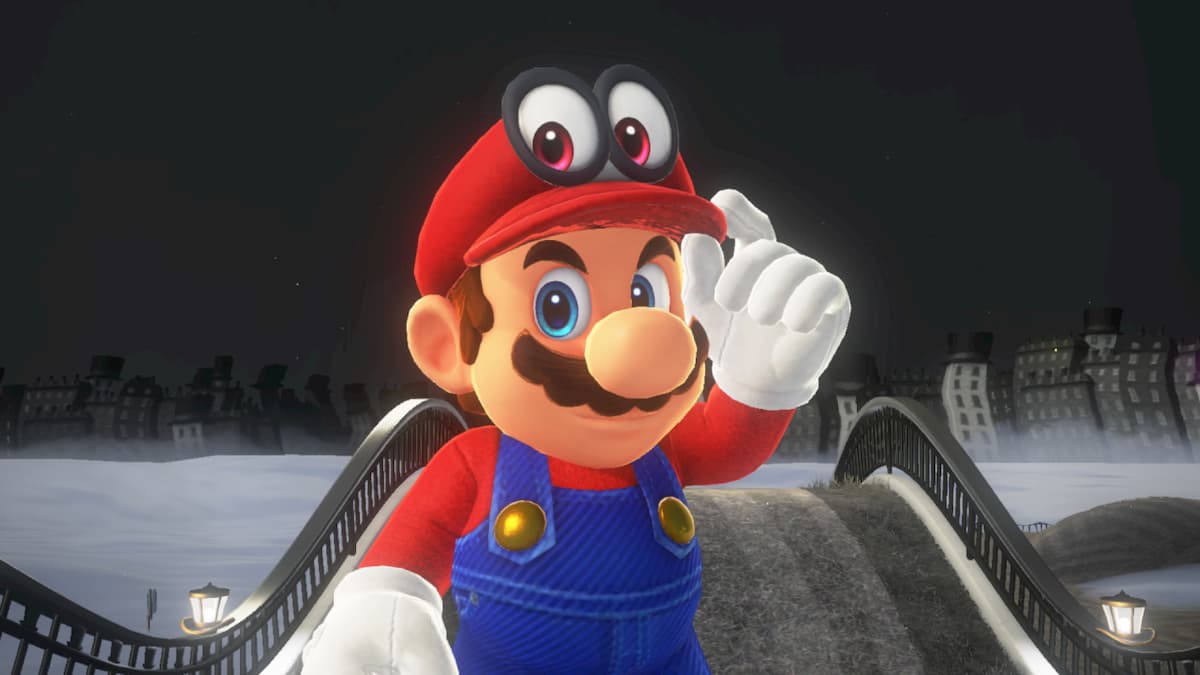 If you have any of Nintendo’s consoles, you’d be doing yourself a disservice not to at least give the company’s flagship series a shot. And although the Switch is missing a couple of Mario’s better outings, its roster of games featuring everyone’s favorite plumber (or at least some of his friends) is still incredibly deep and broad. This is especially true when you take into account both the long list of Mario spinoffs, as well as the added collection of retro games available via the Nintendo Switch Online subscription. Here are 10 of the best Mario games you can play on Switch in no particular order.

Maybe this slow-paced puzzler isn’t the most impressive introduction to the Mushroom Kingdom, but it’s no slouch either. Toad can’t jump, and it seems at times he can barely walk on his way to find the treasures hiding around each of this game’s levels. Toad isn’t the star, though. Instead, it’s the charming levels that unfold delightfully, one by one, like bite-sized puzzle boxes. This spinoff is truly an overlooked gem.

At its core, the third entry in Luigi’s spinoff series may be the simplest of the bunch. Mostly, you’ll move from room to room, sucking up ghosts and solving simple puzzles. These rooms, though, might just be the most thoughtfully decorated (and just plain nice to look at) environments of any game on the Switch. Add in a sprinkle of physics-based environmental destruction, and the whole hotel practically jumps off the screen like Luigi spotting a ghost.

If you’re looking for a party game that just about anyone can understand, it’s hard to beat Mario Kart. There are advanced levels of strategy that can be employed, but even those aren’t totally airtight, meaning that in most cases, all it takes is a couple of lucky item drops to propel even the most novice racer to the top of the standings.

What better game to put on this list than the best 3D Mario game of all time? Galaxy and 64 may have been more innovative, and Sunshine may have had a more cohesive world, but Odyssey has plenty of its own flair, as well as the most airtight level designs in the series (in huge, open zones, no less.) Using Cappy to control the game’s wide array of creatures is fun, but the real star here is a world overflowing with personality and chockful of surprise.

The sequel to Ubisoft’s take on a Mario-themed tactics game makes a few smart improvements on what was already a surprisingly sharp formula in its predecessor. It’s not XCOM when it comes to depth or flexibility, but it’s far more readable for new players, while retaining just enough satisfying scenarios to untangle that it shows off a taste of the potential the genre has to offer. The Rabbids’ might grate a bit (especially for adults,) but they rarely steal the spotlight from what is otherwise a fantastic introduction to turn-based tactics.

A compilation of all 4 of Mario’s appearances on the NES, this hodgepodge shows how the world’s foremost platforming series found its footing. The first 3 games are charming, historically significant, brutally difficult oddities that come with their fair share of missteps along the way. Super Mario Bros. 3, on the other hand, is just as difficult and almost as strange, but it’s also a soaring success, and the genre’s first unmitigated classic.

Mario’s first outing on the SNES took a lot of what worked in Super Mario Bros. 3 and added piles of new mechanics, along with all the added polish and graphical fidelity that came with the hardware upgrade. It’s also a slightly gentler experience, although it’s still pretty tough by modern standards. Most of the new stuff here sticks the landing, though, making this the blueprint that 2D Mario games have followed in the years since.

This bundle gives the underappreciated Wii U outing, Super Mario 3D World, a fresh coat of paint and a deserved chance at a fresh audience on the much better-selling Switch. But the addition of Bowser’s Fury is the real reason to check this out. The hook here is how the game takes a page from Breath of The Wild, putting Mario in a small but fully-formed open world. Time will tell whether it’s a one-off experiment or a blueprint for the future of the series.

This competitor for Mario Kart’s spot as your Mario party (not Mario Party) game du jour is a choice for a different audience. As a fighting game, it’s not nearly as intuitive as Mario Kart, meaning it rewards a more experienced gaming group. But purely as a gaming event that pulls in characters from every corner of the medium, Super Smash Bros. Ultimate is something to behold.

The follow up to Super Mario World is the first in the series to pass the spotlight to Yoshi. Mario is still here, although he’s a baby that acts more as an extra hit point in situations where Yoshi bumps an obstacle or enemy. And, in a sign of things to come, this was also the biggest step toward an easier experience the series had taken to that point. But among all the charming visuals of early Mario games, the soft, almost painterly style here stands head and shoulders above the rest.