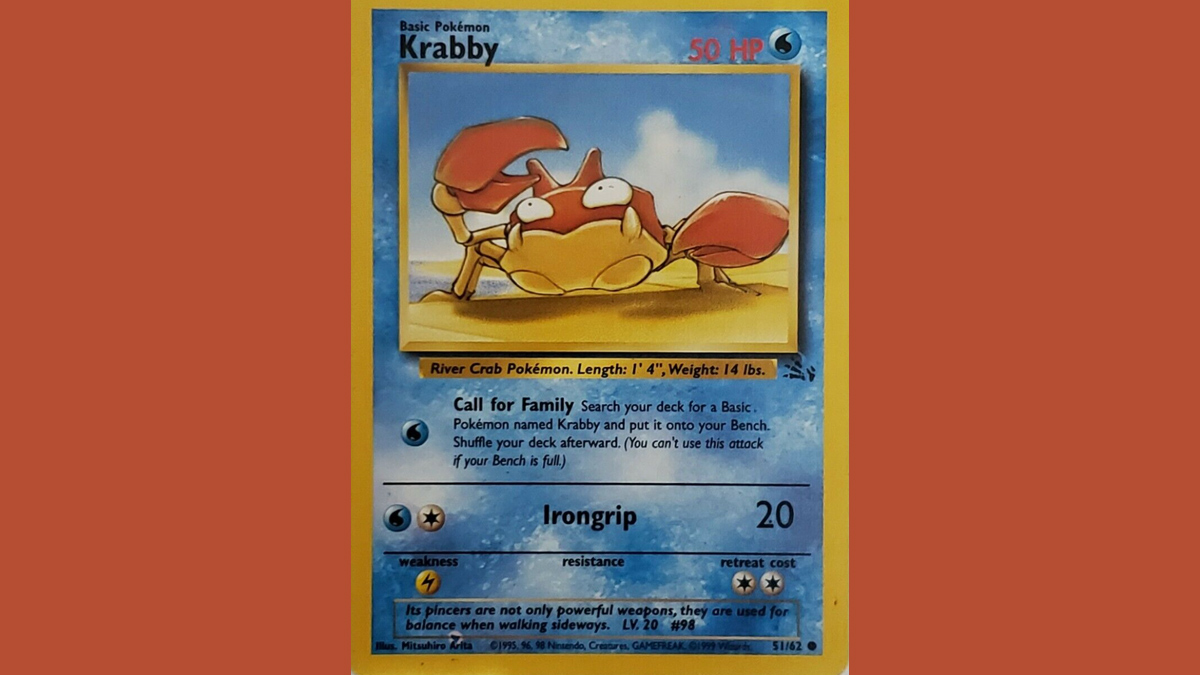 Pokémon cards have skyrocketed in value over the last few years. While it might have been sparked by YouTubers opening rare packs, the slew of fans now buying them has caused scarcity of unprecedented proportions. This only serves to make the rarest Pokémon cards even rarer. In this guide, we’ve outlined the 10 most valuable starter Pokémon cards so you know what to look for at yard sales or in the next pack you open.

What are the 10 most valuable starter Pokémon cards?

Many valuable Pokémon cards have been sold at auction over the years. This list contains the 10 most valuable starter Pokémon cards that depict starter Pokémon or Pokémon from the earliest generations of the trading card game. They’re listed from the highest in value to the lowest, but there are many more outside of this list that are still worth a lot of money.

This infamous card is what may have sparked the latest surge in interest in Pokémon cards. Not only is it part of the first printing of the game’s base set, as indicated by the 1st Edition mark, but it’s also shadowless. This is a printing error that means the image of the Pokémon has no shadow around the yellow edge on the card. It’s enough to make this card stand out as one of the most expensive of all time.

Before Pokémon cards were really a thing in the west, The Pokémon Company needed to produce prototypes. This card was made by the publisher of the game at the time, Wizards Of The Coast, and was produced to give an idea of what Pokémon cards should look like. Apparently, only four were ever made, with a mere three of those ever making it to market. If you ever get the chance to see one, you’ll note that the font and overall style is completely different from the final design that was settled on.

This card is a great example of something that was given away and no one thought would ever be worth a decent amount of cash. It was given to the parent and child teams that participated in the 1998 Japanese Mega Battle Tournament. However, it’s not what the card is that makes it rare and valuable — it’s the icon for the expansion, which was only used for early sets in Japan when Pokémon cards were first launched.

Magikarp might be as basic as you get in Pokémon, but this card is far from it. Only school students in Japan could enter a contest with Shogakukan’s Magazines to even attempt to pick this card up. If they scored a high enough mark on an initial test, they were invited to take part in a special tournament. Only the winners of that tournament got this card, resulting in a tiny number ever making their way to auctions. Most are likely still hidden in collections or bundled in attics somewhere.

This card fits in with the other starter Pokémon cards because it’s part of the origins of the Pokémon trading card game tournament. Before the tournaments took off, The Pokémon Company used to hold an event called Tropical Mega Battle in Honolulu, Hawaii. Various trophy cards were handed out to the 50 players that took part, meaning there’s only a handful of these cards in existence. The tournaments no longer happen, so you have to seek out a hardcore Psyduck fan if you want to pick one of these up.

Bulbasaur, one of the original starter Pokémon from the first Pokémon Game Boy games, eventually evolves into Venusaur, meaning many fans of the video games were also partial to this Pokémon in the trading card game thanks to the journey they’d been on together. However, one version of Venusaur stands out among the rest. This one is from the 1st edition base set, but a printing error meant that it has no rarity icon at all. It should have a star to indicate that it’s rare and shiny, but there’s nothing there.

As the final evolution of Pokémon Red, Blue, and Yellow’s water-type starter Pokémon, Blastoise has always been popular, though not as much as Charizard. This particular card was part of the first-ever set printed, hence the 1st edition label, but it also features a printing error. The holographic image of Blastoise has no shadow, making it a rarity among rare cards. Combined with the card’s age, which only makes it harder to get hold of, this is one of the rarest cards in existence and among those that sparked the revival of the trading card game.

This version of Torchic is probably the most valuable you can find. It’s part of the run of Gold Star Pokémon cards that were used in 2004 to attempt to reinvigorate the trading card game and grab the interest of fans once more. Unlike many rare cards, there’s nothing particularly special about this one, other than it’s the fire-type starter Pokémon from Pokémon Ruby and Sapphire. Much like Charmander, it became a firm favorite, hence why its price is so high.

The Pokémon Company released a series of Pokémon cards called The Southern Islands series when the second Pokémon movie was released in Japan. It features two sets of nine cards, but the Reverse Holo Mew is the rarest. This is down to it being the most visually striking but also the fact that it’s the rarest Pokémon from the first Game Boy games.

This card is definitely on the cheaper side of things, but it’s no less rare. In some instances, the printing of cards goes awry, which leaves minor misprints on those cards and drives up their value. In this Fossil Krabby, you can see the fossil icon below the bottom right-hand corner of its image. This fossil icon has been misprinted, meaning part of the claw that you see there is missing. This extremely minor difference is enough to add thousands of dollars to the card’s value.