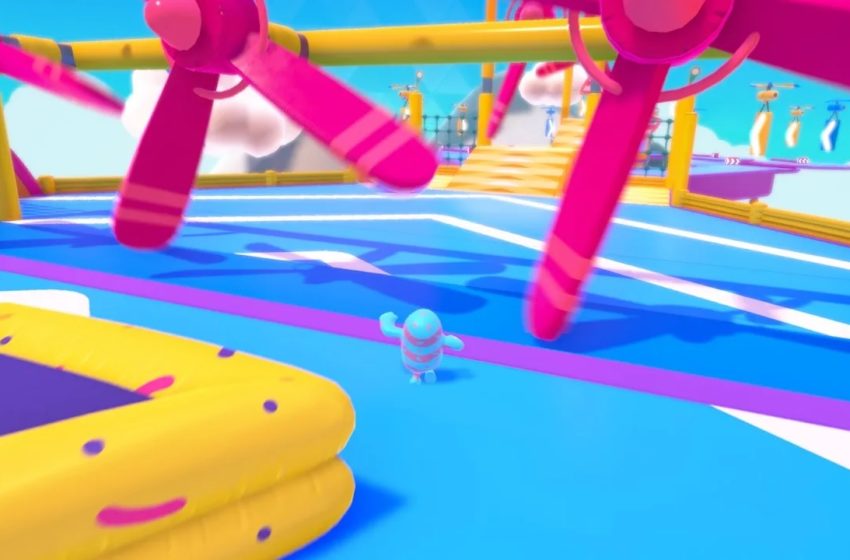 It seems like everyone on social media can’t stop talking about how difficult and frustrating Slime Climb is, and we agree, but let’s flip the script to the positive for a moment. There are also some round games that we just can’t seem to get enough of. These are the five best round games in Fall Guys: Ultimate Knockout.

This game may be the simplest, but smash through doors and slamming into fake ones, the jumping, the struggle, the chaos: It never gets old. In reality, it is probably the easiest game in the roster, but it’s great for round one game and perfect for every Fall Guys beginner. Don’t forget to dive on the final jump to inch ahead of the competition!

This is the only other early round to make the list, but with good reason. It is so much fun to fling your fall guy around on the spinners, and once you figure out how to get through the big propeller at the end, it’s hard to deny the serotonin boost you get from making the jump while others get flung off. It often takes new players awhile to learn the game, but get it down, and you’ll love playing it.

While team games are often a point of contention when it comes to Fall Guys, there is one that stands far above and beyond the other ones, and it’s actually one of the best round games there is. Hoopsie Daisy split you into 3 teams, and you have to jump through as many hoops for your team as you can. They end up in random places and can cause quite a kerfuffle, but even when you lose, the battle is fun.

This one might be a little controversial, as the game is frustrating, but can a game not be frustrating and extremely fun? Don’t let the fake tiles fool you, and when you do find the path, don’t like anyone push you off. If you can get a handle on staying steady and avoiding the wrath of other players, making it to the end of this game is both rewarding and a lot of fun.

This is the only game to make the 5 hardest round games list as well, and honestly, it’s just that. Hex-A-Gone is probably the hardest round game in the game. It’s a final round with only one winner and takes very solid hand-eye coordination, but with good strategy, patience, and a lot of effort, it’s honestly the best game of all. Be the last one to survive on these layers of disappearing hexagons, and the crown is yours. That’s it. You win.

All of that said, the best round games in a game like this are often subjective, not always universally agreed on. Did a game you love miss the list? It’s probably still a valid answer, and a lot of players probably agree with you. Unless it’s Slime Climb. In this house, we do not support Slime Climb.