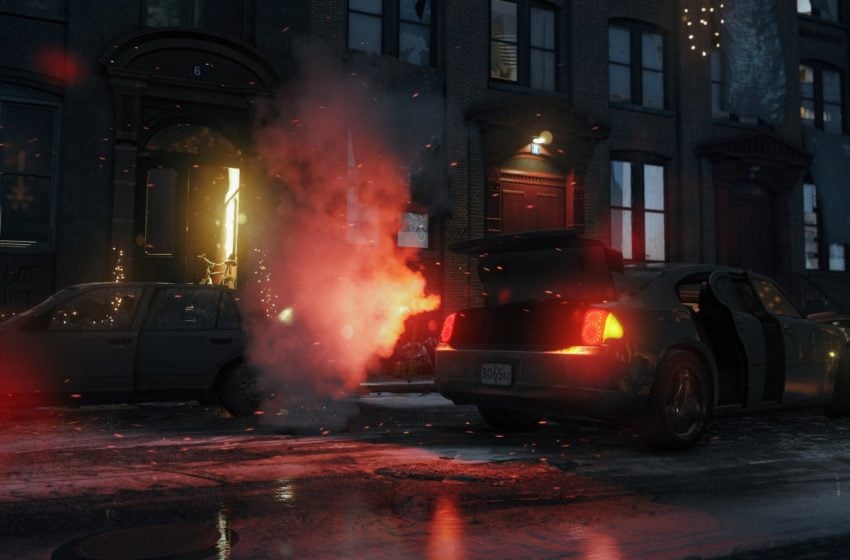 In The Division, as you start exploring Manhattan, you will start meeting new people which can be friendly civilians in need, allies and also many enemies. There are Total 5 factions including The Division and every faction has different tactics, equipment, and motives. The 5 Factions are Rioters, the Cleaners, the Rikers, The Last Man Battalion and The Division. This Ultimate Faction Guide for The Division will show you where to find the faction, how to identify them, what are their goals and finally how to defeat them.

You will find yourself on Manhattan Island where everything is lockdown and each entrance is under Military Surveillance so it is impossible to leave the island. This Island is Divided into 22 districts which are totally explorable from the start which means there is no physical barrier between the different areas. But just because you are allowed explore everything, it will get very difficult very fast, because each district has enemies/factions on a specific level and as you walk through the different areas, there will be a point where you simply can’t survive the encounters.

You will meet citizens all over Manhattan and they can demand you help such as Med-Kit or some food or occupy some space at Safe houses and Base of Operation. These are the survivors, so when you completely clear the threat in the area you can see how well the citizens react to you. If you help them, then they will return the favor by providing you with some weapons and weapon skins or cosmetic items.

When you arrive in Manhattan the JTF will be your biggest Ally in New York. They will be fighting a losing battle into a corner and under constant attack from the rival faction. JTF group consist of the National Guard, police and fire services, and medical personnel. The will be found in the different safe zone where they guard the base and give you situation reports about what is going on and what missions and encounters you can expect in the area. When you meet them, they are unable to effectively coordinate and manage the response and this is why the JTF puts their hope in the members of the Division to lead the way.

There are many more enemies in the streets of New York than there are allies. There are 4 enemies factions you will encounter in different sections of Manhattan. These Factions have different Roles and Weapons to rule the Area, so here is how you will identify them and take them down.

As you enter on Manhattan Island, the first faction that you will face is the Rioters. You will be defeating them to conquer to establish a foothold in Midtown and activate the Base of Operation. The main purpose of this Faction is to rioting, looting and assaulting anyone who comes near them. They are Unafraid to wound or kill, they survive by prey on the weak, they roam in packs, hunting down easy targets and lashing out at authorities when they get the chance. If you see any Random Graffiti on the wall nearby then this is the signal that Rioters are close.

How to Defeat The Rioters

Rioters are easy targets as they are is no real coordination and rarely flank. Just keep an eye on the Rushers with the baseball bats. They tend to storm your position to attack you head on while the others are closing in. Usually, it is best to focus-fire on the rushers while you suppress the other attackers.

These Factions are usually called as the Roaming faction as they are found in many districts and all agents should proceed with caution while entering their territories. The Faction is full of blue-collar sanitation workers who taken the responsibility to clear out the New York City. In other words, they want to reclaim the streets and rid the city of disease, but in a different way which is burning the dead and anyone who could be sick – without hesitation or remorse. The Cleaners are attracted to areas of high contagion and are extremely aggressive, so if you want to track them down then look for the flames and trails of charred bodies.

How to Defeat The Cleaners

Cleaners usually travel in groups that combine normal weapons with flamethrowers. While the normal gun-carrying cleaners can be processed like the normal Rioters, the big flame-throwing cleaners need a more tactical approach. While they have only a limited range, they do a lot of damage when they reach you. So keep your distance and focus your fire on the big tanks on their backs. Once they are damaged, it takes only a few seconds and they explode.

This Faction is full of criminals which have surfaced as a result of an organized prison break from Ryker’s Island. The Rikers faction now rules like kings in a lawless land where their main objective is to enact, revenge on authorities and kill everyone with a uniform, especially the JTF. Be a Destructive criminal faction many local New York gangs joined them which lead to occasional in-fighting and rivalry. LaRae Barrett is the leader of Rikers and known for her ruthlessness as her ability to plan, organize and lead. Barrett´s powerful leadership over her members shows that the Rikers Gang is not to be trifled with.

How to Defeat The Rikers

The Rikers are veteran criminals and have fought many battles in their time. This also shows in their attack pattern, that are – in comparison to Rioters and Cleaners coordinated and aggressive. Watch your back for flankers and coordinate with your team in encounters.

The Last man Battalion Faction is under U.S. Army Colonel Charles Bliss, who recently returned from Afghanistan and had a plan to protect the not infected residents of New York the Soldiers got the order to create a gigantic quarantine zone, where they could gather the sick, keep them contained and search for a cure. To ensure, that nobody would get out, they built a huge wall and checkpoints around it, but as it turned out, that was only a short-term solution as when the power went out, they lost control and evacuated the dangerous area.

The Last Man Battalion is now a private military company hired by Wall Street companies to protect assets during the outbreak. They consist primarily of veteran soldiers with extensive combat experience overseas. They are now taking advantage of their superior weaponry and training to take control of New York City through military force. They are equipped with the best gear, tanks and got the best training to defend themselves against anybody.

How to Defeat The Last Man Battalion

The LMB are trained veteran soldiers, that have come directly from a combat zone. So expect very tight coordination and heavy and very aggressive resistance when you meet them. The high-end gear makes them very dangerous opponents.

These were everything you need to know about the Factions, how to identify and defeat them. Do check out The Division Wiki Guide to know more about the Dark Zone and Enemy Archetypes.