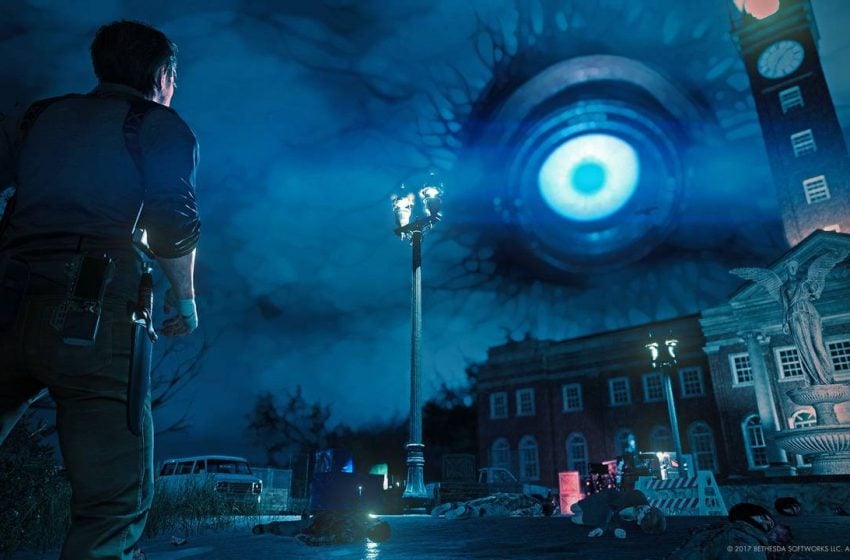 In the previous Chapter: 14 and 15, after dealing with Theodore, Sebastian finds that Myra is something different, she is using her power to destroy Mobius and now she is blocking his path to take Lily. In this last chapter In Limbo, he will be finally dealing with Myra to free his daughter. While the Mobius agent’s will try to kill Sebastian, Kidman takes a stand to protect him outside STEM.

Make your way back home

Keep walking ahead and us the communicator to get memory near the pillar on left of the massive hole. You will find another memory near the next pillar. The third one will be on the right near the broken structure. There is another one on the left side, near the barren tree. Keep running straight and you will reach a house in the end. Myra will be in front of that house.

She is the final boss in the game while trying to save Lily, Sebastian has to fight her. She gets further mad after Sebastian shoots here in the head. She turns into a giant monster, probably a metaphor when women really get angry. There are three glowing weak spots on this monster, one is on her waist that you can spot easily, and then there are two on the shoulder blades and finally the last one on her lower jaw.

You have to maintain a distance from here because her attacks are very strong. Try all your long-range weapons by running around. An Assault Rifle and Shotgun are the two best choices to start. You can try to use a crossbow here but you need an accurate shot, Myra keeps on moving so this makes a bit tough. She will smash on the ground and you have to dodge that, later she will summon some spiders you can stomp on them. You will get some ammo and gunpowder from them.

You have to avoid staying near, she can swipe you hard, and so you have to sprint when she strikes. Target the one on her waist, use a sniper. Once that part is destroyed, she will fall back and her blood will release a lot of spiders. She will be back, now you have to target the glowing points on her shoulder. Keep shooting until you are able to destroy one of her arms. You can strike the shoulder once she bows down. Once her one arm is down, it will attack you, use the handgun and keep shooting the glowing part on the end.

Next Myra will attack you with tentacles, you will have to dodge that, and you can see the glowing point, try to take a location and then shoot with a sniper. This part will be a bit tough, as the tentacles can spawn from the ground. She will also use the swipe attack with it. you have to save your sniper ammo, once you get a view shoot with the handgun. In the last phase of the fight when you have to target her jaw, you have to watch out for her left hand that has a big eye on it. The glowing point below the jaw is an easier target.

After she is dead, the game is almost completed, watch the cutscene and get to the house next. You will be playing as Kidman for a while, and she decides to go against Mobius. Shoot the guards in the control area. On the other side keep moving upstairs to find Lily. You will play as Kidman after the next cutscene. Shoot the guards to reach STEM Room. Next run towards the light on the end side.

This is the end of The Evil Within 2, you can also refer to our Evil Within 2 Wiki guide for more updates and tips on the game.