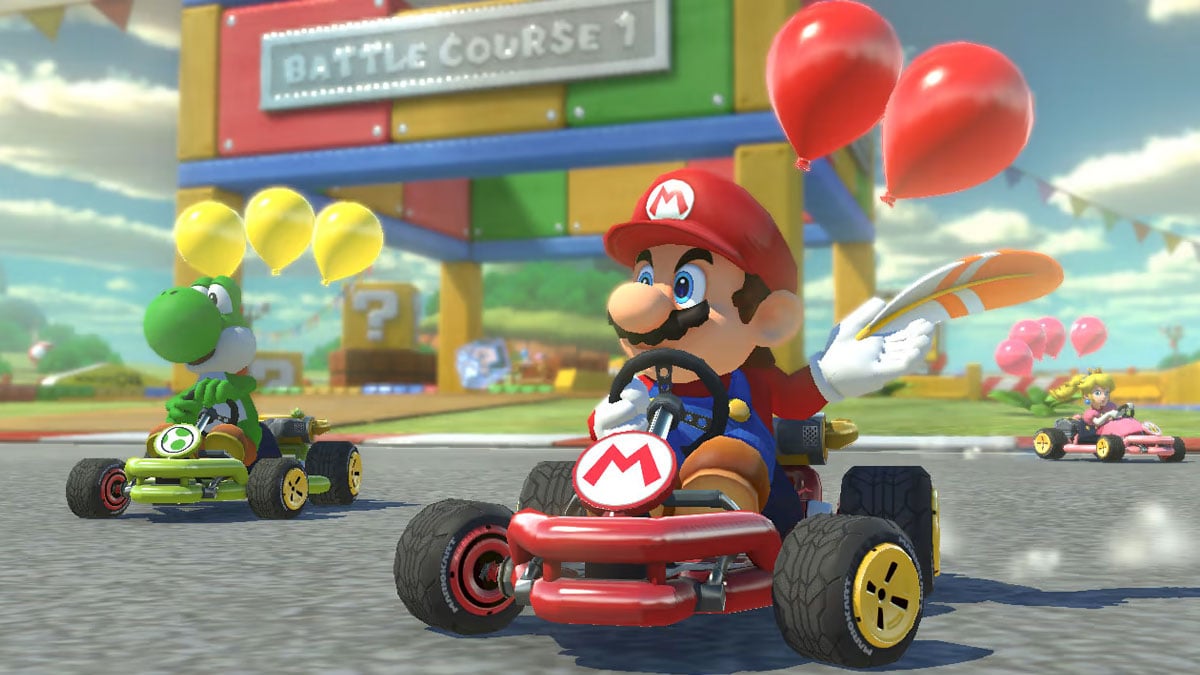 Nintendo has never been shy about including Mario in all manners of games. From competing with his friends on various sports fields and racetracks to going on RPG adventures, he has just about seen it all. While the Super Mario series is 100% the plumber’s main claim to fame, there have been countless side games that people have loved throughout Nintendo’s life as a console manufacturer. Here are our picks for the absolute best Mario spin-off titles available.

Captain Toad: Treasure Tracker is a game born from a set of side levels in Super Mario 3D World. You play as Captain Toad, who was introduced in Super Mario Galaxy, as he waddles his way through each diorama level collecting stars. Our fungi hero cannot jump, so you must find passageways and platforms to get you through every challenge. Playing each level is essentially a puzzle that has you work out how to reach each nook and cranny with the limitations you are handed.

When the Nintendo GameCube launched, its Mario game went completely against the norm by starring Luigi. Luigi’s Mansion was the younger brother’s beginning to rise above being a mere palette swap for the second player. He was a scaredy-cat that overcame his fear of ghosts to save Mario from King Boo with the help of E. Gad and the Poltergust vacuum that gets nice updates for each new title in the series. Sucking up ghosts and exploring the haunted location for treasure has always been a lot of fun that stands starkly different from the typical Mario game. Luigi fans have this game to thank for him coming out of Mario’s shadow.

While Luigi’s Mansion proved the green brother could handle his own game, the Mario & Luigi series showed he could also stand side-by-side with Mario on an adventure. Both brothers are controlled simultaneously in the overworld and turn-based combat, denoted by either the A or B buttons. Bowser’s Inside Story is the third and most popular game in the series and had the brothers sucked into Bowser’s body for the larger part of the game. On the outside map in the Mushroom Kingdom, you also got to play as Bowser, which hardly ever happens for very long in any Mario adventure.

Mario Kart 8 for the Wii U showed the best racing tracks the series had ever seen but had a very poor battle mode. With the Deluxe version on Switch, not only was that amended, but players got access to all DLC previously released for the game and additional tracks from the kart series’ past. The big gimmick here is that karts have anti-gravity technology and can ride on ceilings and walls along the track. Admittedly, this is not as game-changing of a mechanic as two people in the kart or gliders, but we think the track selection here is the best in the series. This is the ultimate collection of Mario Kart races with the best gameplay to back it up.

Mario Party 2 is one of the best leaps forward any Mario game has made in a sequel. The first game wasn’t terrible, but nearly everything was improved here with the boards, mini-game selection, and general gameplay. Each board dressed up your character in an outfit to go with the pirate, cowboy, wizard, or space ranger themes, and it still has one of the best mixes of mini-games in any Mario Party game since.

Mario Power Tennis is a reminder of a time when Mario sports games were focused on being pure fun arcade titles. The game opens up with an epic cinematic of Wario and Waluigi being recruited by Bowser to take down Mario and Luigi after the more popular heroes win a tournament. From these opening moments, the game exudes an amount of charm you don’t see in present-day Mario sports games. Every character has a special power shot that is unique to them, and the many courts are unique to the Mario world, not just filled with boring regular tennis courts. With locations based on Mario Sunshine and Luigi’s Mansion that had special quirks to them, this is a perfect example of the kind of magic Nintendo can release when they want to get creative with their sports games.

Mario Superstar Baseball is the plumber’s first trial with America’s pastime and one of the best Mario sports titles out there. Unlike current-day Mario sports titles that are leaning more towards a standardized sports experience, this was back when these games were more focused on being fun Mario games with sport realism being secondary. For example, you built your team and used each character’s special abilities wherever they were on the field. Luigi could easily jump off the wall to rob home runs, and Yoshi could stick his tongue out to take away base hits. It was a simple, fun baseball game that deserves a comeback of some kind.

Paper Mario: The Thousand-Year Door is the game everyone wishes new Paper Mario games would be like. It was a great RPG that built a great world filled with memorable allies and citizens. The turn-based combat is greatly missed nowadays compared to what we got in The Origami King, Color Splash, and Sticker Star. We may never get another Paper Mario game like this ever again, but this was truly one to remember.

While the first game made a bigger impact online, the improvements made in Super Mario Maker 2 makes it the ultimate Mario level creation experience. So many new features were added to your toolbelt that allowed creators to make absolutely insane and unique experiences. They also added an online multiplayer mode which was a great idea. Unfortunately, it ran poorly, but we love the idea of racing through random levels created by the community against friends. Additionally, the game’s single-player mode had a lot of Nintendo-made levels with that classic charm from the developer.

Before the Paper Mario and Mario & Luigi series, Legend of the Seven Stars was the premiere Mario RPG game. This SNES title was a classic RPG experience that had you level up Mario and his party of friends as you battled enemies in turn-based combat. This game proved that Mario’s adventures did not always have to be the classic platforming experience for them to be memorable and beloved. With the game made by Square and not readily available for people today, it is constantly asked for by the group of 90s gamers that played it growing up.