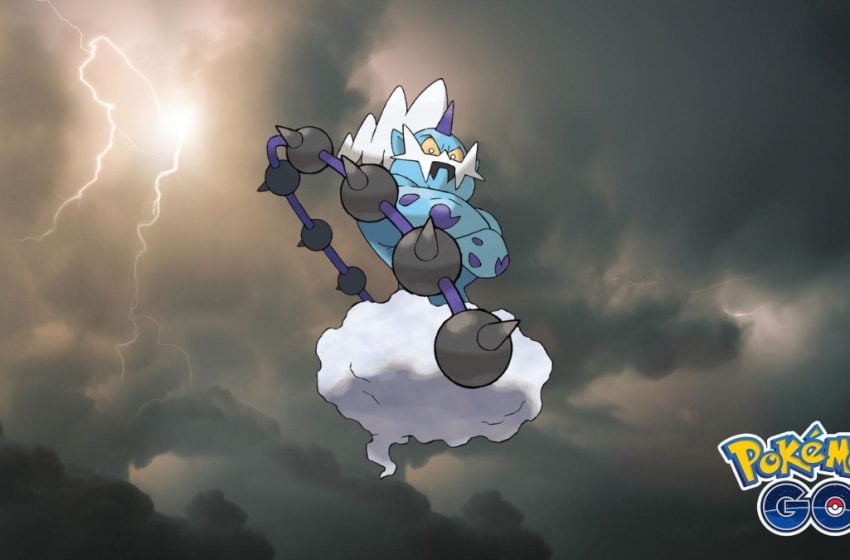 Image via Niantic, Thundurus via The Pokémon Company

March is going to have Thundurus (Incarnate forme) as an available five-star raid all month in Pokémon Go. Thundurus is making its debut, with the other Forces of Nature legendary Pokémon, Tornadus, having been February’s special five-star raid. These two releasing one after another hint that we could see the third, Landorus, arriving in April. With Thundurus making their debut, there’s plenty of information trainers need to cover.

The Thundurus five-star raid will be available starting March 2 at 1pm PST.

Thundurus is an Electric and Flying-type Pokémon. You won’t be able to lean on this Flying-type Pokémon’s usual weakness of electric attacks. Instead, you need to use Ice and Rock-type moves and Pokémon. It has resistances of Bug, Fighting, Flying, Grass, Ground, and Steel-type, so you want to avoid using any of these Pokémon. It will likely have a handful of Electric and Flying-type moves, so do your best to avoid Water, Fighting, and Grass-types against it.

The best Pokémon you want to use to fight Thundurus include Mamoswine, Rhyperior, and Gigalith.

Mamoswine is an Ice and Ground-type Pokémon capable of dealing some excellent damage. It has a max CP of 3328, an attack of 247, a defense of 146, and stamina of 242. Unfortunately, you want to rely on Mamoswine as a damage dealer. It won’t serve you too well if you need to survive against Thundurus, but you can deal some substantial damage to it using mud slap and avalanche, mud slap and bulldoze, or powder snow and avalanche. You have a variety of choices when it comes to Mamoswine’s attacks, as long as you have a strong defensive Pokémon to help.

Another choice is Rhyperior, a Ground and Rock-type Pokémon. Rhyperior would be a great choice and a likely, viable option for many trainers who participated in the February Community Day event featuring Rhyhorn. It has a max CP of 3733, an attack of 241, a defense of 190, and stamina of 251. Typically, Rhyperior’s variety of weaknesses make it a risky choice, but it should prove useful against Thundurus, primarily if it only uses Electric and Flying-type attacks. It has a reasonable enough defense to push against it. You want it to know smack down and rock wrecker, or smack down and stone edge. While these are not the strongest on a Rhyperior, they should do massive damage against Thundurus.

For those looking for a defensive, pure Rock-type, look no further than Gigalith. It has a max CP of 3228, an attack of 226, a defense of 201, and stamina of 198. The best moves you want it to know are smack down and rock slide. It’s a great attacker and a decent defensive Pokémon to keep you fighting, so you shouldn’t feel too much pressure using it.

These three are not the only choices you want to use against Thundurus. You can also use Pokémon like Glaceon, Weavile, Jynx, Tyranitar, Regirock, Golem, Golem (Alola), Armaldo, Aggron, and many others. Make sure to keep the Rock and Ice-type focus against it.

The five-star raids for Thundurus start on Mar. 2 at 1pm. Make sure you’re ready to go up against the next Forces of Nature legendary Pokémon.

What is the exact release time of Necromunda: Underhive Wars?