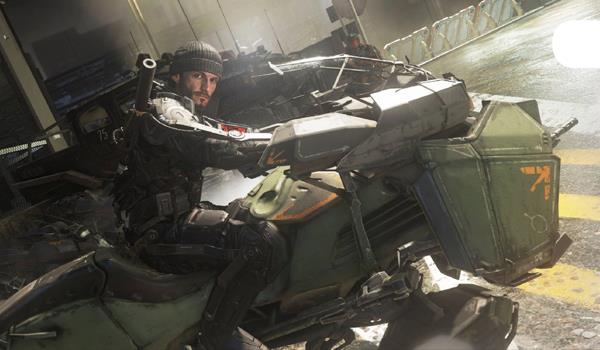 Descent is the fourth DLC installment pack in Call of Duty: Advanced Warfare. New characters and Zombies in the cooperative mode called the Exo Zombie are featured with the new Descent Zombie Map.

Intro:Descent Map is the world where all the Bloodthirsty hungry mutant horde is infected. An Entire Atlas research facility has been infected by these mutants and remaining are running out for their lives. On the other side, the four survivors of a failed evacuation who are untrained, unaware had to face this violent mutation. First time with the Exo Zombie cooperative mode in the Reckoning DLC pack will usher the new breed of Zombie(vicious mutations ever unleashed).

From the start(Round 1) you see it where you can find the traps, 3D printers and upgrade stations.You have to use the Trident, equipment and other Exo Zombie abilities to hunt the Zombie Boss OZ.

Zombies here carry the EMPs which can disable your EXO Suit. They only use it when you are to try to drift away from them. Don’t Forget to activate the traps when zombies are nearby because they sometimes drop Perks when they are dead.

To Fight the Giant Zombie(mini boss) after every 10-20 rounds, you need a perfect Armor and a riot shield which takes combined fire to take down. At least 3 -4 players are required to defeat as he is able to use the EMP to your Exo Suite.

​You will be going in and out of the Med Bay to de-infect from he zombie virus. The Exo-Suits protect you from the attacks of the zombies. To find the exact location to get the access to the Exo-Suits at the Cargo bay is shown in the video below.

Trident is a one-shot kill weapon. You can target a bunch of Zombies all together but if not aimed them they luckily target the zombies as they bounce back on walls.

Formerly called The Mystery Box & Pack-a-Punch Stations. These are the Atlas machines to arm yourself very well. Also, a cool new Teleport Grenade can be purchased at 500 for each. Location for 3D Printers is given in the Map below.

Hope this Guide helps you to get a good start. Any question or doubts you can shoot them below in comments sections.