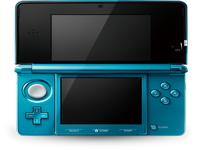 Nintendo has just revealed the lifetime sales figure of their handheld console 3DS, and the numbers are pretty impressive. As per the details announced, 3DS sold over 11.5 million units alone in United States.

Worldwide sales of 3DS as of now stands at 34.98 million, this means US alone makes 1/3rd of the overall 3DS sales. But the important thing to notice here is that Nintendo has included “2DS and 3DS XL” sales numbers in these figures.

In addition to this, Nintendo also revealed that over 16 million games for 3DS was sold in 2013 (includes both packaged and digital copies) in North America alone. Worldwide sales of 3DS games as of now stands at 122 million.

Speaking at the sales figure event, Nintendo of America marketing executive Scott Moffitt describe 3DS as the Powerhouse. He said: “Nintendo 3DS is a powerhouse with games and experiences that appeal to all kinds of players,”

Scott later added that “BEST DAYS” of Nintendo 3DS are yet to come in 2014.

Really an impressive performance of Nintendo 3DS both worldwide and in North American region.