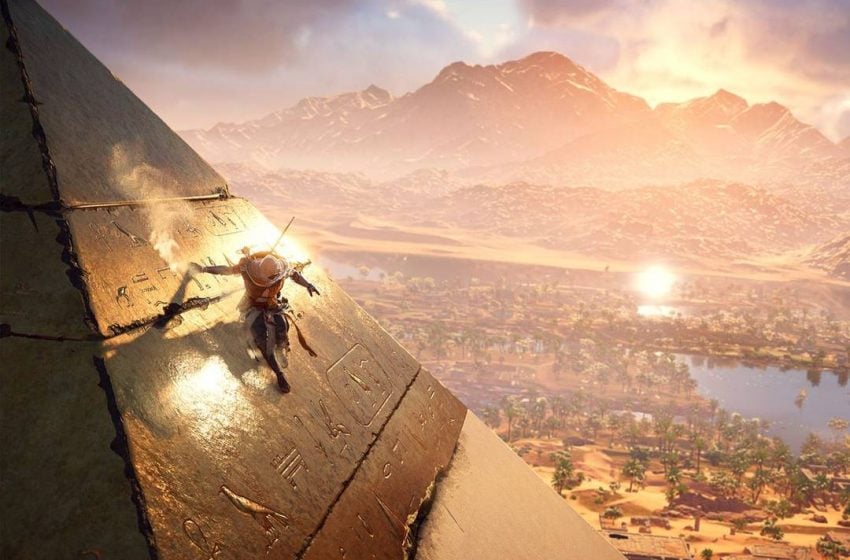 Loot boxes are a popular tool used by game publishers to encourage gamers to spend a few extra bucks in order to obtain items in game. The general consensus among gamers appears to be that as long as they don’t turn the game into a pay-to-win model, they’re acceptable. Some games straddle the thin line of that ideal, while others seem to blatantly misread the community’s stance on loot boxes altogether. Ubisoft is hoping that its implementation of loot boxes in Assassin’s Creed: Origins will hit the right mark.

Purchase via In-game Currency Only

While market places are not new to the Assassin’s Creed series, and typically feature additional outfits or skins, Assassin’s Creed: Origins will feature an in-game vendor that sells loot boxes. A travelling merchant named Reda will sell “Heka Chests” for 3,000 Drachma, the in-game currency. Heka means “magic” and the chests’ magical power is that it will reveal one random mystery item.

That system is on par with similar implementations, such as Destiny 2’s Eververse vendor, but there is a startling difference in how Ubisoft is approaching it. Reda will only accept the in-game currency as payment. There is no way to throw real life cash at the screen in order to purchase more of these chests.

To interject a personal opinion, I could care less if people spend extra money on a single-player portion of a game. It’s when things end up in a multiplayer environment, especially a competitive one, that’s where I draw the line.

The other strategy that Ubisoft is counting on is that all of these mystery items can be acquired by other means in the game. Nothing is locked behind Reda’s paywall, not even behind an in-game currency paywall.

Assassin’s Creed: Origins game director Ashraf Ismail puts it this way in a chat with Eurogamer:

“You can find this stuff in the world, but the idea is if you have the money you can just buy stuff for him. Heda also sells a mystery box which can contain any weapon, piece of gear or item in the game. It’s a way for people who hoard lots of money, if you min-max the economy system, to gamble the money and get really unique stuff. […] There are people who like to go into a military location, infiltrate them, steal the loot and equipment and hopefully find some unique or legendary gear.”

That sounds alright to me. There is more concern about the in-game marketplace, but Ubisoft again promises that all items available for purchase will be attainable in-game and are purely meant as a way to save time.

While we remain skeptical and reserve judgement until we can go hands on with Assassin’s Creed: Origins, it at least sounds like Ubisoft is understanding the concerns surrounding loot boxes. We’ll find out for ourselves when the game releases on October 27th.