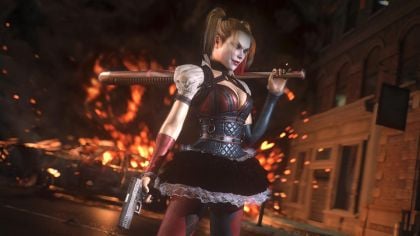 It seems like Rocksteady has renamed Batman: Arkham Knight pre-order bonus DLC “Harley Quinn” as “Story Pack”, as per the details coming out from GameStop and Amazon. A promotional poster from GameStop features a new image of Harley and it carries a new name “Harley Quinn Story Pack”

This clearly indicates that Harley Quinn will be playable in the DLC and content will be story-driven. Check out the snapshot of the promotional poster below, “Before vs After”