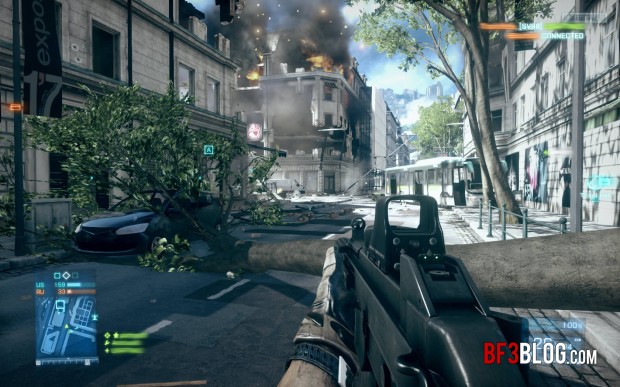 Alan Kertz, Senior Gameplay Designer, of one of the much awaited game title Battlefield 3, has hinted working of bullet drop in the game. The details was hinted by Kertz on his Twitter which reads as:

“there is bullet drop. Doesn’t work the same as BC2 though, it’s a much deeper system” and “bc2 bullet drop is the same for all guns.”

This implies that each and every gun in the game will have their own and unique bullet drop, if this not the case, than atleast different for different class of weapons.

A very first teaser trailer for the game was revealed by DICE past week, which confirmed Fall 2011 release window for the game, you can watch trailer here.