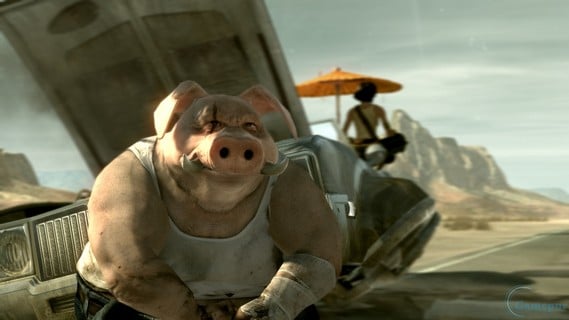 Ancel revealed that in 2008, Beyond Good and Evil 2 was playable in different prototypes with characters and real-time videos. Sadly, due to technical issues and lack of technology to achieve the benchmark set for the game, it was delayed further. Fast forward today, the technology has advanced very well and to a point where Ancel and his team can finally develop Beyond Good and Evil 2 to a level they always dream about.

Here are the exact wordings of Ancel:

“2008 Characters . The game was playable with many prototypes. All videos where real-time but we had too many technical issues . We wanted planet exploration, space travel, cities … All this was also supposed to be in BGE 1. Instead of not doing the game of our dreams, we decided to return to 2d, have fun with Rayman and go back at work for Beyond good and Evil 2 . We still have lookouts of work but now the tech is ready and the team is fantastic.”

In addition to this, Ancel made it pretty clear that the platforms for Beyond Good and Evil 2 are not yet decided. There are rumors on the internet that the game could be a Nintendo NX exclusive because Nintendo is fully funding the overall development cost.