According to reports coming out from IGN, GameStop stores in North America will receive some sorts of promotional material related to new Call of Duty game (Call of Duty: Ghost) on April 29.

These promotional materials will be display on numerous GameStop stores in North America on May 1.

IGN has the snapshot of the promo material (check it out below), it suggest tht the next title in the Call of Duty franchise will be revealed next week (on May 1).

Lasy year also Activision announced Call of Duty: Black Ops II on May 1 during NBA Playoffs. Will history repeat itself?, well its a wait and watch situation.

Earlier this week Tesco and other retailers hinted via listing that next Call of Duty will be called Call of Duty: Ghost and Infinity Ward is handling the development. 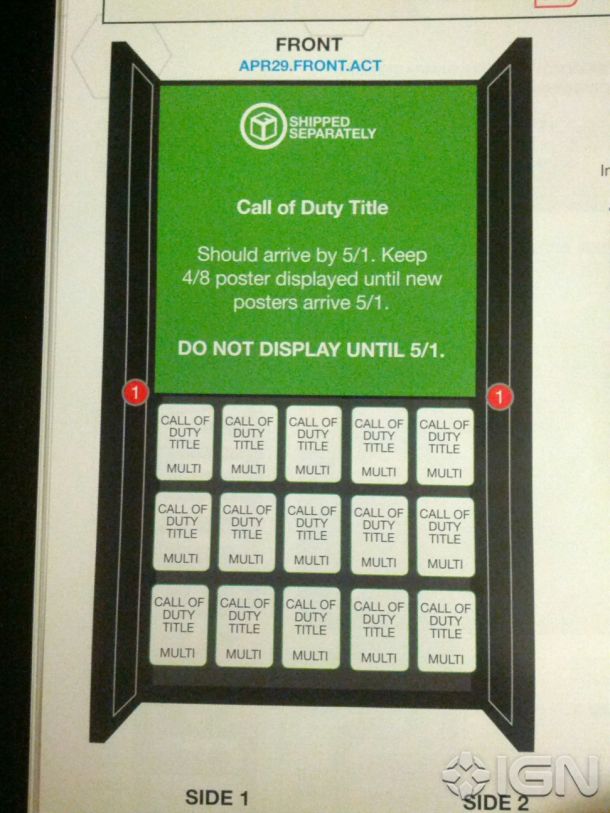