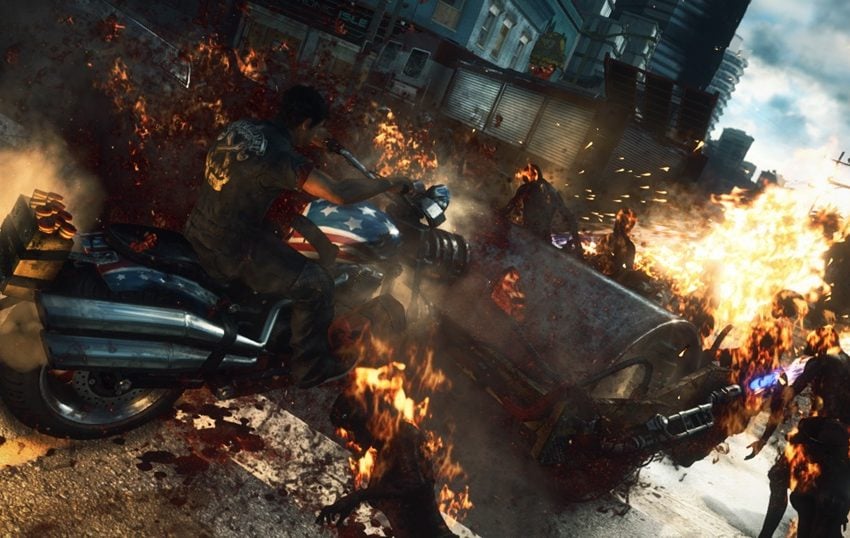 Yesterday Capcom released a massive patch for their Xbox One exclusive game “Dead Rising 3”, it was indeed a massive one as it weighs 13GB in size.

The first thing Josh Bridge was asked: “What are some of the changes fans can expect and how did you decide on what to include in this update?”

To this Josh replied: “We’ve been actively engaging and monitoring fan reaction and feedback on the game and it’s really important that even though we’ve shipped the game and got it out to gamers, we want to make sure it’s a fun experience and nothing’s getting in their way. After release and through the holidays, we’ve been putting together a large update list. It’s in reaction to everything we could find and we’ve actually been directly reaching out to fans who’ve encountered issues. I think that’s really neat, because it’s an indication of how game development has changed. We have a direct connection through social channels now. There’s an ease of access for us to listen to our fans and reach out to them. It’s not just about making a game and getting it out to them, it’s about making sure they’re still having a lot of fun even after it’s out.”

Josh was further quizzed: “If you had to single out some of the biggest elements of the title update, what would they be?”

Josh replied: “We know folks had some frustration when they couldn’t pick up the weapon or food item they wanted if there was a bunch of stuff grouped together. Since there’s always a ton of stuff around in “Dead Rising 3″, we found some use cases and reached out to some fans and we improved that in this update, which is really cool. Beyond that, we’ve got some more telemetry and found there were some issues with blueprints and PP-related achievements and trials. They weren’t unlocking properly depending on the order in which they were played, whether it was online or offline, so we addressed those. We also looked at various performance improvements. In this type of big open-world game with tons of zombies and the ability to do whatever you want to do, like stacking a bunch of things and blowing them up, we knew we had to improve on those high points and tighten the gameplay experience. Finally, there were some stability issues that we dealt with to make everything that much smoother.”

Xbox Wire staff went on and asked Josh about new impulse trigger support being added to “Dead Rising 3.” How will that stuff be implemented?

Josh said: “we started playing around with the impulse triggers when we were working on this update and were able to get support for them in there as well. We use them as an indicator that, say, your gun is about to run out of ammo. So, as you start to near the end of the clip, that right trigger will start buzzing to make you aware that it’s about to run out. We did that across weapons as well as vehicles. If for some reason you can’t tell from the smoke and flames coming out of your vehicle, you’ll also be given that haptic feedback in case you don’t have time to look at the HUD or whatever. You can really feel more connected to the experience so as not to pull you out of the immersion.”

When asked to comment on size of latest Dead Rising 3 patch?, Josh confirmed its “13GB”.

“With all of the fixes and everything, it’s a large update of about 13 gigs, but we really recommend getting it to ensure compatibility with the online players and all of the upcoming add-on content that’s coming out shortly as well.”

So there you have it folks, all the details about Dead Rising 3 13GB patch right from the mouth of Executive Producer.