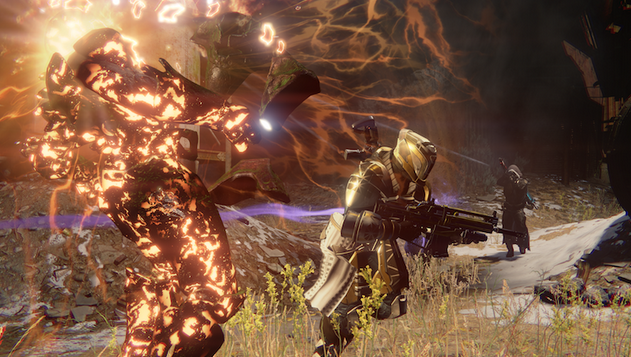 Bungie has announced Iron Banner and Trials of Osiris are returning to Destiny. Those are the biggest PvP modes ever included in the game, although they got suspended with the release of the new expansion The Taken King as they needed to be balanced all over again.

There are other changes: drop rates have been increased so they should be the primary source of rewards from Iron Banner, rather than buying them from vendor Lord Saladin during the event. If you do buy gear from Lord Saladin, you’ll need to spend Legendary Marks, giving the new material a new use. Iron Banner also comes with all new bounties (nine daily bounties and three new weekly bounties). These reward Legendary Marks.

Trials of Osiris, first introduced with House of Wolves, will require a minimum Light level of 290 and only Guardians with at least 251 Light can lead a fireteam. One big change is Trials gear now drops exclusively as end-of-match rewards for winning teams. The more you win, the better the drops will be. So, there’s no need to return to vendor Brother Vance.

As before, players that get nine wins without a loss get invited to The Lighthouse area. Also new are Trials bounties, available each weekend to provide players with a way to get Trials gear, even if they don’t reach the Lighthouse.

A new degree of challenge is introduced by the new matchmaking, that will pair team with similar win counts. If you have eight wins, the system will put your team against another with the same number of wins, which should make the match even harder than before.

How to Boogie before Oblivion in Fortnite Chapter 2 Season 4

How to level up quickly in World of Warcraft: Shadowlands