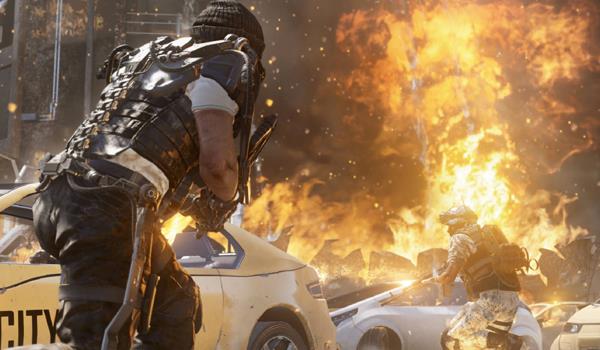 Sledgehammer Games’ upcoming first person shooter, Call of Duty: Advanced Warfare was leaked a few days before its official release, and as a result of it video footage with unannounced details were posted on Twitch and YouTube. This has annoyed Sledgehammer Games Co-founder Glen Schofield, who took to Twitter to address the leak.

Schofield stated that it took development team around Two to Three years to make a game but leak like this “Sucks”.

When a fan replied that early leak like this is helpful for players to get accurate information about the game, and to this Schofield replied that “Stealing and Releasing” is not the proper way out. He further added that “discovery while playing is part of the fun.”

If a player manage to rack up 30 kills in one life, a bomb is activated which will leave behind “green mist” that spreads throughout the entire map before dissipating. You can watch the footage below.