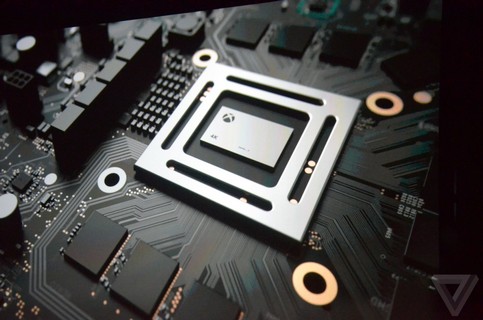 At E3 2016, Microsoft has officially confirmed Xbox Scorpio. It will launch worldwide in Holiday 2017. According to the details revealed by Phil Spencer, Xbox Scorpio will have: 8 Cores, 6 TFlops, 320GB/s memory bandwidth, 4K/VR Gaming, backward and forward compatible. Here is a debut trailer for Xbox Scorpio:

The debut trailer of Xbox Scorpio that was showcased at the event featured various developers sharing their views on what they think about this new console from Microsoft, one of them termed it as a “Monster”. About the specs, one of the developers said: “When I saw the specs (Xbox Scorpio) of this thing, I am like WOW, I got true delight, they are really going for it, they are not holding anything back.”

You guys can watch the video below, if you are a Xbox fans then you must hear all the developers impression about Xbox Scorpio specs. What do you guys think: Xbox Scorpio announcement came at the right time, Will you buy Xbox One S or rather wait for Project Scorpio? Share your opinion with us in the comment section below.

How to get the Lucent Blade mod in Destiny 2

How to make a Shulker Box in Minecraft

How to take voice lessons and increase voice skill in BitLife