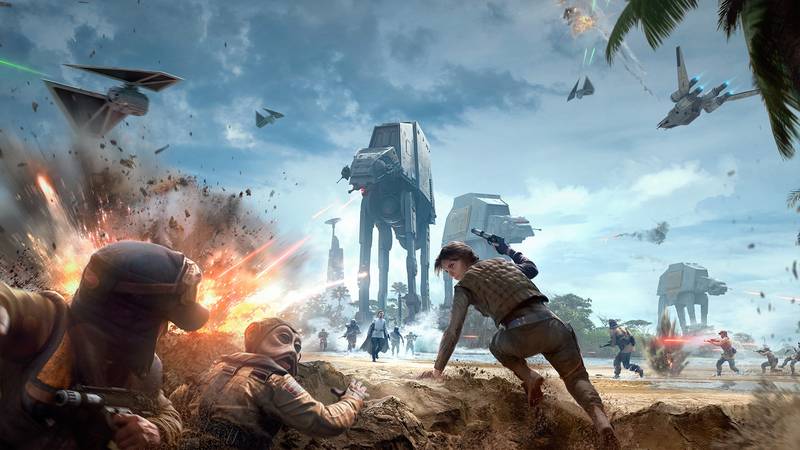 According to details shared by DICE’s Nielsen (in a thread on Reddit: DICE_TheBikingViking), Star Wars: Battlefront looks exactly the same as the reveal trailer not only of high-end PC but also on PlayStation 4.

“I don’t like making hard guarantees. The game hasn’t shipped yet. We’re not done with it. But this is how it looks right now – on PS4 as well, yes.” said DICE_TheBikingViking.

This claim of Nielsen doesn’t match with that of DICE Executive Producer Patrick Bach. At the time of Star Wars: Battlefront reveal trailer launch,Patrick stated that the trailer did feature some extra cinematic tweaks along with the in-game stuffs.

“Of course there’s some cinematic things we’re doing that is hard to play, but we want to prove that we can make our own trailers in the engine that we’re also making [the] game for. Sso we’re not trying to trick anyone,” said Bach.

How many of you expect that Star Wars: Battlefront final build graphics/visuals effects will be similar to the one showcased in the reveal trailer? Share your opinion with us in the comment section below.