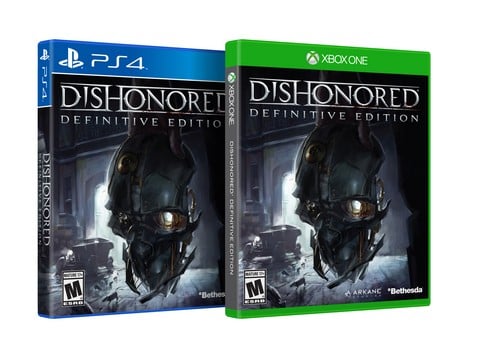 Things are moving quietly for Dishonored: Definitive Edition. This special bundle was announced for PlayStation 4 and Xbox One at E3 2015 with a release date of August 25, 2015. Since it’s official announcement at E3 2015, we haven’t heard anything from Bethesda, and the worst part is that just a few days time is left for the launch of Dishonored: Definitive Edition and there hasn’t been a single screenshot or video shown for it.

Today, Dishonored: Definitive Edition went live for pre-loading on PlayStation 4, the size of the pre-load build is 30.1 GB, so it might take a while.

The silence of Bethesda is raising many doubts among Dishonored series fans who are looking forward to playing Dishonored: Definitive Edition. There hasn’t been a single mention of anything like FPS, Resolution, Upgrade Graphics etc.

Many are terming this so-called Definitive Edition as nothing more than a simple port with some slightly sharper textures and – perhaps – faster loading screens. Also, if there were even some basic improvements (like 1080p/60fps), then you’d think they’d be promoting the hell out of it with comparison videos and screenshots, but nothing from BETHESDA.

Everything we know about SEGA Game Gear Micro