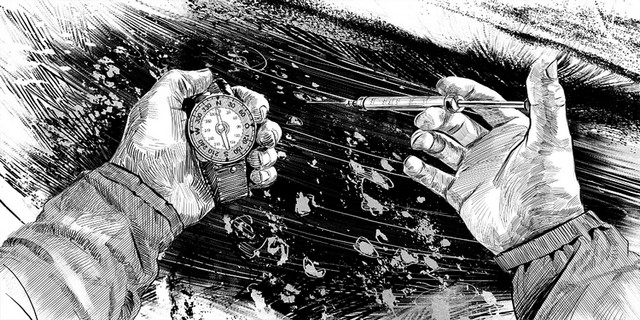 The Chinese Room has provided an update about the developer’s situation after Everybody’s Gone to the Rapture shipped for PlayStation 4 this summer. The studio is now shifting its focus onto another project, which we now have some details about.

“This is the first time since we started we haven’t jumped immediately from one project to another – we’ve never had any time to reflect and figure out what we want next for three or four years, so this is something we’re relishing”, the software house explained in a post on its official website.

“We’re (however) already working on a project that we hope we can share with you in a couple of months time, and prototyping a few different ideas for the next game, including Total Dark, which we’re delighted to have got prototyping funds for from Creative Europe”.

“That’s going to be a pretty serious departure from our normal games, so it’s very exciting. No news about that right now apart from some very cool concept art that was drawn for us by the mighty Jake Gumbleton”, so have a look at it below.

Virtual reality and shipping Dear Esther onto consoles thanks to the moving onto Unity are both an option for the studio:

“Everyone keeps telling us our games would be perfect for VR, so we’ve started looking at that (waiting for an Occulus kit right now). We’ve been continuing to work on porting Dear Esther from Source to Unity, which is getting closer and we’re hoping might be ready sometime in Spring next year – and of course that’s exciting as it makes a console release a viable option (and yes, it makes looking into a VR version of Dear Esther also something we can investigate fully).”

Great to see this studio is still alive and kicking after a couple of good games they launched recently. We really hope to see these guys working on something bigger soon.