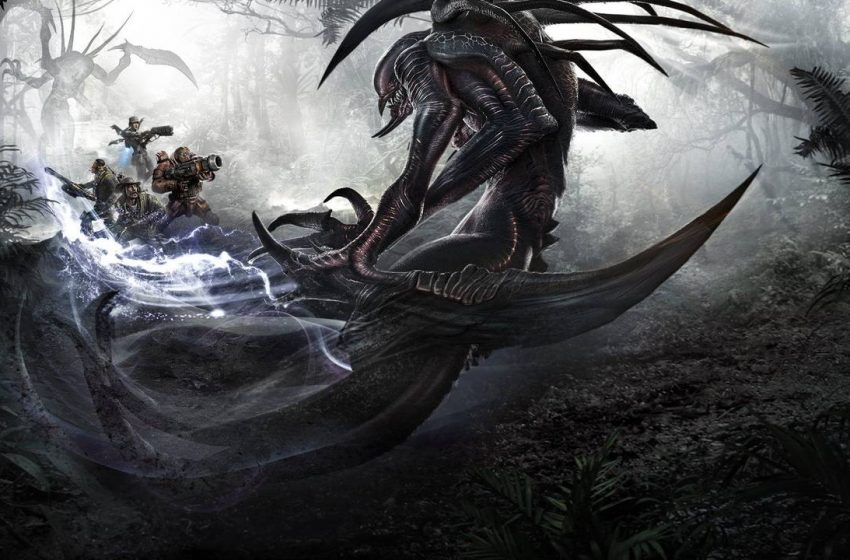 The official launch of Evolve is just around the corner, 10th of February to be exact and the retail giant Amazon is leaving no stone unturned to add more and more player to this cooperative/competitive shooter video game, developed by Turtle Rock Studios.

Those who pre order Evolve will have the privilege of getting the most amazing ‘Savage Goliath’ skin and new scary monsters. These new monsters will be only available in the pre order pack.

Here are some breathtaking early HD screenshots of Evolve and watch the intro cinematics below:

After playing the superfun beta, Evolve is surly on my list of pre-orders, What about you? Take a look at some of the exciting features of Evolve:

Grab three friends and hunt the monster or stalk the humans as the evolving beast. Whichever side you choose, you will have access to powerful weapons and abilities that deliver balanced, competitive gameplay.

Hunt Together or Die Alone

Choose a hunter that fits your play style. Whether you play as the Trapper, Support, Assault, or Medic, every role is vital and teamwork is key in surviving an encounter with the monster.

As the monster ? the lone predator ? you are the boss battle. Use savage abilities and an animalistic sense to wreak havoc, kill the humans and prove you are the dominant species.

Neither flora nor fauna are friendly on planet Shear. Fall victim to natural hazards or use them strategically against your prey.

Level up to unlock new upgrades, skins and perks for your favorite class: hunter or monster. Earn your infamy on the leaderboards and become the apex predator.