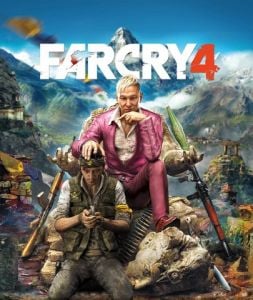 After delaying the announcement for a week, Ubisoft has finally revealed what resolution development team are targeting for Xbox One version of Far Cry 4. Last week, Ubisoft’s Alex Hutchinson revealed that the target resolution for Far Cry 4 PlayStation 4 version is 1080p/30 FPS. The only update Alex shared about Xbox One version of Far Cry 4 was that it looks “Identical to PlayStation 4 version and I don’t see any differences”.

Today, via FarCryGame official Twitter account Ubisoft clarified that final resolution for Far Cry 4 is not locked down yet, and development team’s aim is 1080p on all platforms.

“We have not locked the resolution as yet but, as Alex Hutchinson notes, we are aiming for 1080p on all platforms, including PC ( depending on the computer you have)….” tweeted Ubisoft.

We have not locked the resolution as yet but, as Alex Hutchinson notes, we are aiming for 1080p on all platforms, including PC…

This definitely going to put all controversial talks about Far Cry 4 resolution to rest but fans will still keep their eye and ear open for final resolution. Does resolution figure really matters for you guys? Share your opinion with us in the comment section below.

How to play with friends in Bless Unleashed