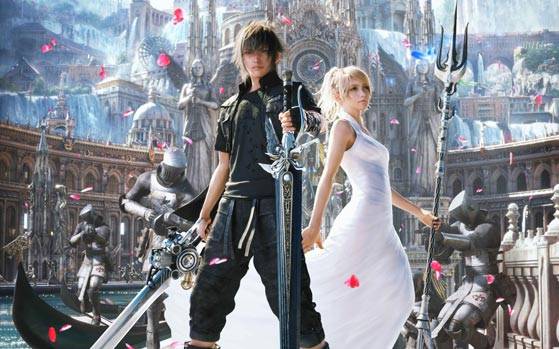 Street dates are meant to be broken these days, and the same is happening with Final Fantasy XV. The game is being on sale right now in UAE and few other regions, well ahead of its official November 29 release day, and this is (or will be) leading to people sharing impressions and spoilers about the gameplay and story over the Internet.

Game director Hajime Tabata has provided his comment about possible leaks coming from those consumers getting Final Fantasy XV ahead of day one:

“We are nearing the release date of November 29. I’m wishing from the bottom of my heart that everyone will get to enjoy the game with a fresh new feeling. However, we’ve confirmed that some packages of Final Fantasy XV have been released around some parts of the world, with gameplay videos being uploaded to the Internet. This may be inevitable due to regional circumstances, but it’s something we regret very much.

It’s our big goal to have everyone enjoy the story of Final Fantasy XV and discover its surprises through the simultaneous global release. There are likely other spoiler videos and such circulating out there that we had not expected, so for those of you looking forward to Final Fantasy XV, we hope that you’ll be careful.

We are doing everything we can to prevent the circulation of the spoiler videos. For those of you that received the game earlier, please keep those who’ve waited a long time for the game in consideration. In order to meet the best possible release date with everybody, we ask for your understanding and cooperation.”

Patch 1.01 is also adding some interesting pieces of content, and going into deeper detail in comparison with the pretty vague changelog we can see many things are being added to both the cinematic and gameplay experiences. For example, camera shots from Prompto’s device will be sharable on real life social networks, and new cutscenes will also be introduced – take a look at all the changes below: