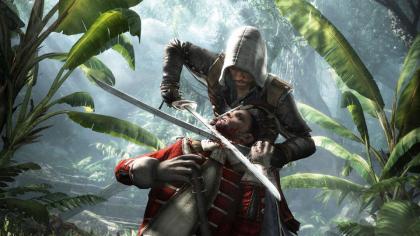 Numerous evidence has been discovered in the video which hints that the game was running on Xbox One. We have listed below few of them (via NeoGaf user SenjutsuSage):

“You see some mouse prompts in there, like on the map, but the Xbox button mappings are also on the map, and generally all over the game footage in this video, Seeing as how this could be the first time the game is being shown on the Xbox One, and because I don’t feel there’s anything out of the ordinary about games largely developed on pc, and that aren’t finished, being shown capable of also being manipulated by a mouse or keyboard. It’s definitely not current gen footage, because most of this looks well beyond current gen.

Furthermore, some of it does look like they start slipping in some current gen footage here and there. Like at 7:20, I think that’s def current gen ps3 footage with playstation button mappings, and then there’s parts afterwards that, to me, look quite different visually from some of the earlier footage in the video, but again with xbox button mappings, but which strikes me as current gen 360 footage.

There’s a point in the video where they start talking more specifically about the next gen versions and the enhancements followed by more footage of the game with xbox button mappings with footage that clearly isn’t current gen. I expect the Xbox One and PS4 versions will be rather close or dead on to the better looking footage in this video. I don’t think all of what’s shown in here is next gen, however, but most of it definitely appears to be. Around 7:20 they start to mix it up a bit between next gen and current gen. I only feel that’s the case because of what I think are some big visual differences.”

You can take a look at the footage below, share you views with us on it in the comment section below.