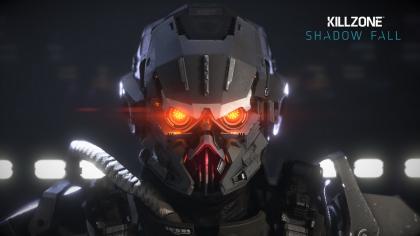 The first teaser of free Killzone: Shadow Fall multiplayer map is out. The map image was tweeted by Killzone’s Director Steven ter Heide early yesterday. Though the map looks similar to the maps from Killzone 2, there are chances that this image could be an updated. The location in this image resembles Planet Helghan.

The Killzone team has also announced brand new changes to Warzone along with a few Hotfixes, Warzone will get additional rotation considering fan feedback.
This is what the had to say:

“With this first phase we are introducing a new official Warzone, which will feature fan favorite Warzones rotating on a regular basis. We will be reducing the number of official Warzones to 24 Player Warzone, 24 Player Team Deathmatch, and the rotating Warzone. This week, it is 24 Player Domination.”

Significant changes in weapons have also been made owing to feedback from fans. Here are the notes:

In addition to this, players can also make tweaks to see in the available rooms which will help them join the suit which they want to play.

“Killzone Shadow Fall is set in a near future, thirty years after the events of KIllzone 3. The world is a very different place; two rival factions known as the Helghast and the Vektans live side by side in a futuristic city, divided by a vast wall. Tensions are high, and the cold war they are embroiled in is about to go hot. In the midst of all this stands a Shadow Marshal, you. The most special of the special forces, tasked with maintaining the delicate balance.

From responding to bold attacks to quiet infiltrations or all-out combat, you will be required to adapt and think on your feet as you have to face a variety of escalating events that could destroy your home world.”

Tell us in the comment section below if you think this map if from Killzone: Shadow Fall.

Genshin Impact is the second biggest launch for a mobile game, as it grosses $245 million