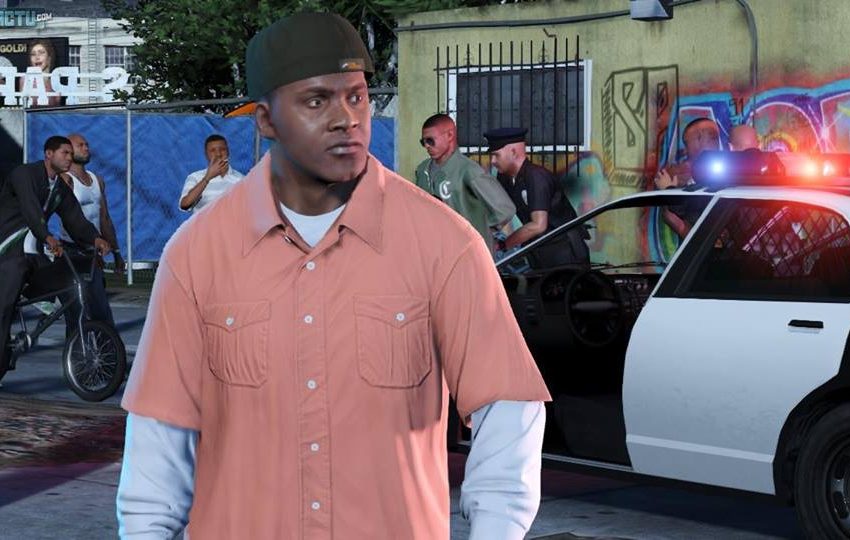 According to NillxModz, GTA V Heist DLC wil feature 6 Heist missions, new vehicles and much more thing. You can read the full details provided by NillxModz in this regard below.

The DLC will launch on December 23 for PlayStation 4, PlayStation 3, Xbox One and Xbox 360 (no official confirmation). While Rockstar Games have remained tight lipped about the release of Heist DLC and its content, the following details comes from a Credible source who previously leaked “High Life” update details a full week in advance so we can’t ignore them, Legit or Fake you decide.

Heist (Planning Board) layout update for both High-End apartment interiors. This will be available across all platforms.

Brand new ‘Heist’ selection menu featuring it’s own Social Club-based leader board and misc options showing the list of un-completed Heist missions). This will be available across all platforms.

34 Texture Modifications to 4 different locations, this is in favour of added effect during Heist missions. This will be available across all platforms but the texture detail is improved on current-generation.

Improved anti-cheat methods. Some code for this is included in the DLC, but is not associated with the Heist feature itself.

Three brand new vehicles. The names of these vehicles are still identified by their Dev tag and are not yet finalized but the approximate vehicle class is; Sports Classic and Sports.

Brand new Apartment – CCTV function with two AI-characters in your apartment running them. This feature is available for current-generation only.

Three Heist-themed clothing items – these items are still identified by their Dev tag but are the following types; Special Outfit (available from the counter).

Two Cops and Crooks-themed masks. These mask items are available in current-generation only.

BZ Gas will now be purchasable from Ammu-Nation but can only be used in Heist missions – you are responsible for stocking-up on these and if you run out, your team mates will need to complete that objective for you.

5 new hairstyles – these are still identified by their Dev tag.

2 new contact lenses – these are still identified by their Dev tag.

Additional matchmaking for Heist missions between Crews – this is a feature implemented in 1.17 but will be activated in 1.19/1.05.

A new phone contact named ‘Jeff’ will be available, offering a chance to resurrect a killed-off Crew member during your Heist operation. The voice of this contact or any other options associated are still unknown at this point.

Last-generation players will have the option to ‘Email’ other Crew members about your planned Heist mission, whoever emails you a Heist plan will be the leader of the operation.

Current-generation players will have the option to ‘Email’ other Crew members about your planned Heist mission and have the ability to print those out in your Apartment and store in your documents, whoever emails you a Heist plan will be the leader of the operation.

All players will have the ability to use their Heist planning board in order to select a location, chosen online-Crew members and their role and the length of time before the Heist request expires from their ‘Email’ app on their phone.

4 new audio files, relating to the Heist missions. These are identified as an alarm bell, the sound of a vault opening, sirens and a background track.

The first leaked Heists DLC mission is the Prison Van Rescue CnC (Cops n Crooks) Mission. In this mission, criminals must intercept a news van and use the vehicle to reach a gang member. Take out the heat and escort the imprisoned gang member back to the safe house unharmed. Getting the gang member into the van is half the battle. Expect major heat to tail the van. Try and lose the cops before reaching the gang house.

The Weapons Deal CnC Mission involves a shady exchange with some crooked cops. Essentially, track down a wanted criminal that is laying low at his hideout and deliver him to the designated police station. You’ll swap the wanted criminal in exchange for weapons and cash from the cops.

The Hostage Deal CnC Mission will involve recovering a hostage that is being transferred between NPC (nonplayable character) gangs. Players acting as the biker gang must recover and move the hostage to a new gang house. Players that are acting as cops must intercept the biker gang and free the hostage. This definitely sounds like a messy mission.

Next, the Heists Update will feature a mission that involves Stealing Artifacts from the Military Base. According to the mission description, “Vikings gang members have to steal an artifact from the military base while cops are required to secure the item and bring it back to the army base.”

Additional missions include the Country Bank Heist. Heist members must rob a rural bank while donning ballistic armor. The mission requires making the cashier open the fault. Take the money and then sprint for the getaway car, and reach the safe house as fast as you can.

In the Ornate Bank Heist, break through to the bank counter and hack the vault to get it unlocked. Take the money and transport the loot to the drop off location. Both the Country Bank Heist and the ornate Bank Heist allow a total of 16 cops and 4 criminals to participate in the Heists challenge.