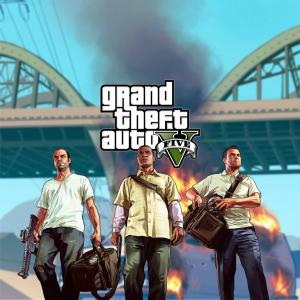 Another GTA V leak, might not be that big but an interesting one to some extent. The last name of all three GTA V lead characters has been revealed (and guess where these details comes from, Wikipedia).

So far we only know that GTA V lead characters by the name “Trevor, Michael and Franklin”. Here is more details along with their last names:

Michael De Santa is one of the main protagonists and playable characters of Grand Theft Auto V. Aged in his early 40s and the husband of Amanda and father of Jimmy and Tracey, Michael met Trevor Phillips at a young age, and the two became best friends, performing several major bank heists together. Michael retired from his life of crime after making a “sweetheart” deal with the FIB (fictional version of the FBI). In the process of the deal, he and his family became rich, living in a large mansion. However, Michael’s relationship with his family and friends is deteriorating; his wife barely tolerates him and spends all of his money, his children have very little time left to spend with him, and even Trevor had a severe falling out with him. Running out of money quickly and tired of being bored and miserable, Michael decides to return to the criminal life.

Franklin Clinton is one of the main protagonists and playable characters of Grand Theft Auto V. During his childhood, Franklin never had a family, money or education to rely on. At some point during his young life, he began the life of a gang banger and dope dealer, but was arrested soon afterwards. After being released from prison, Franklin started working for Simeon Yetarian, who owns a luxury car dealership as a repo man. As a result, he is frequently seen driving around Los Santos in many stolen sports cars. During the events of GTA V, in his mid 20s, Franklin meets Michael whilst trying to get a hustle. Both men soon do a job together, and Michael sees potential in Franklin, calling him “the son he’s always wanted,” and later introduces him to Trevor, which is where the main events of GTA V begin. The special ability that Franklin can use is the ability to slow down time while driving.

Trevor Phillips (This was know since GTA V Trailer #2)

Trevor Phillips is one of the main protagonists and playable characters of Grand Theft Auto V as well as a filthy individual due to his appearance. At some point during the late 1980’s to early 1990’s, Trevor entered the military as a pilot, and retired in the early 2000’s. Not too long afterwards, he met Michael. Both men realized that they wanted to earn money by performing heists, and both men became successful in doing so. Some point afterwards, both men had a falling out, causing a major rift in their friendship.