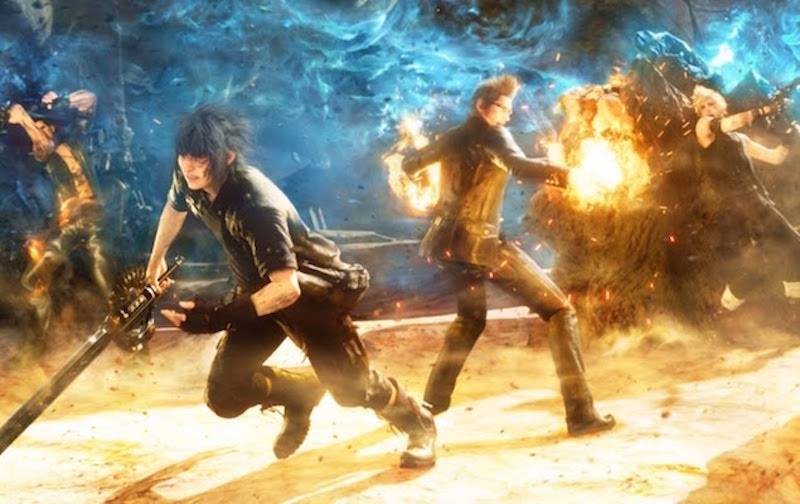 During a recent launch event held in London, game director Hajime Tabata took the stage to talk about what’s happening with Final Fantasy XV spoilers in place because of early copies being dropped at retailers in certain areas (mainly Asia and Middle East). Needless to say, he’s pretty upset and is evaluating together with Square Enix if this could represent a damage to their business.

He released a very long statement about this, since it’s apparently a matter he really cares about. What looks clear here is the team is very passionate about Final Fantasy XV and the long development process it went through is something that really made them feel like this game is their son. And seeing spoilers everywhere before it can really enjoyed is something they really don’t like, although in 2016 it’s part of the entertainment business.

“Unfortunately there are a few things that are starting to rain on our parade, and it’s a very sad thing to say. This is mainly in Japan – really – but there are some people that may have acquired the game irregularly before the release date and are spreading spoilers across the internet.

“In Japanese we call it netabare and in English you call them spoilers – and they’re really coming out. They’re spoiling the fun for a lot of people who have been looking forward to Final Fantasy XV for such a long time. it’s causing a lot of worry for people involved in the sales of the game and in the production too. I’d really like to apologize about the fact that these kinds of problems are happening. It’s just a very sad state of affairs.

“We’re currently looking into whether this kind of activities of spreading spoilers across the internet does legally constitute an obstruction of our business or not, and if it’s found out that it does then we’ll take legal measures to stop this being posted and take it down. We apologize for all the problems caused and all the worries, but we are taking solid steps to address this. It’s just not fair to spoil their fun of the people who have been waiting for such a long time, so please stop that right now.”

Final Fantasy XV is releasing in five days for PS4 and Xbox One. The embargo on review ends on November 28, exact timing has been revealed.